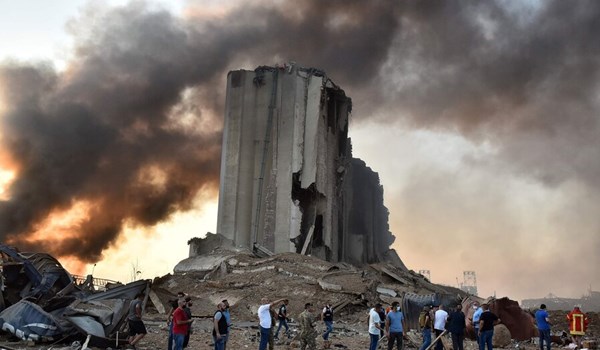 “I think what happened is 100 percent an Israeli job,” Dehqan made the remarks in an interview with China’s Phoenix Television broadcast on Sunday, and added that Israel's goal is “to rally the Lebanese nation against Hezbollah and eventually disarm it.”

He stressed that nothing is expected from the Tel Aviv regime other than crime.

“What is the message when you destroy the lifeline of a crisis-hit country that is already beset in this regard, except to put pressure on the people to set the ground for another purpose? In my opinion, this is 100 percent an Israeli job,” Dehqan added.

He went on to say that when the Israelis do something, they quickly forge a story to deflect attention from it.

A mega explosion rocked the Lebanese capital on Tuesday August 4. Terrifying footage showed a huge mushroom cloud of fire and smoke covering much of Beirut’s port area, blowing out windows and destroying buildings in the neighborhood, as a warehouse at the Beirut docks caught fire on Tuesday afternoon. Photos on social media showed many buildings in the area damaged or destroyed, leaving residents covered in glass and blood.

Lebanon's Ministry of Health announced that 171 people have been killed in the blast at Beirut's port on August 4, while more than 6,000 others have been injured. The explosion left 300,000 homeless, as vast part of the city has been fallen into ruin. Red Cross volunteers at the scene of the explosion declared they expect the death toll to rise.

Lebanese rescue workers and army soldiers are struggling to remove huge items of debris in search for possible survivors at Beirut's port. The Lebanese Red Cross believes there are still tens of people missing.