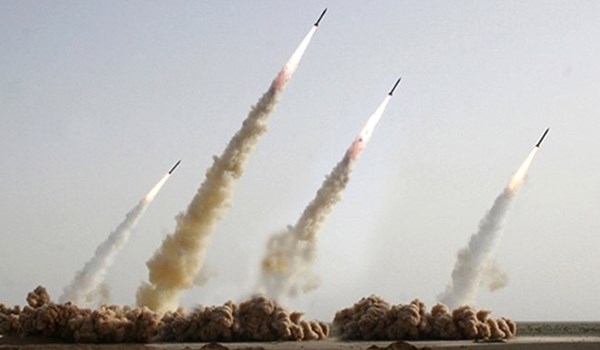 TEHRAN (FNA)- Iranian legislators in a statement on Sunday stressed support for strengthening the country’s defense industry and missile and arms power.

The statement issued on the occasion of the Defense Industry Day in Iran underscored the need for using elites and specialists active in the defense industry and knowledge-based companies to further develop the country’s defense industry.

“Enhancement of self-sufficiency in production of weapons and defense equipment prevents the cruel sanctions from leaving any impact (on the country) and it has and will defeat the US and the Zionist regime repeatedly and in a disgraceful way,” it added.

The statement also condemned cooperation with the US and Israel in putting restrictions on Iran’s defense and missile power by any government and official and unofficial entities, describing it as “unforgivable”.

Earlier this month, Iranian Defense Minister Brigadier General Amir Hatami said that development and updating of the country’s defense capability is the top priority of his ministry, adding that despite US sanctions, prominent progresses have been made in the field of defense know-how and technology.

Hatami said that the Defense Ministry has put atop its agenda to improve missile capability and produce the most advanced and sophisticated equipment in the field of naval warfare.

Elaborating on Iran’s defense power in the region and world, he added, “Today, we are proud that, despite the US cruel sanctions, we have attained outstanding achievements in the defense field.”

As it has been said repeatedly, the Defense Ministry can meet the needs of the Armed Forces in all areas of ground, air, naval, electronic, missile, etc. through paying due attention to the domestic capabilities under the wise leadership of the Supreme Leader of the Islamic Revolution, the Defense Minister reiterated.