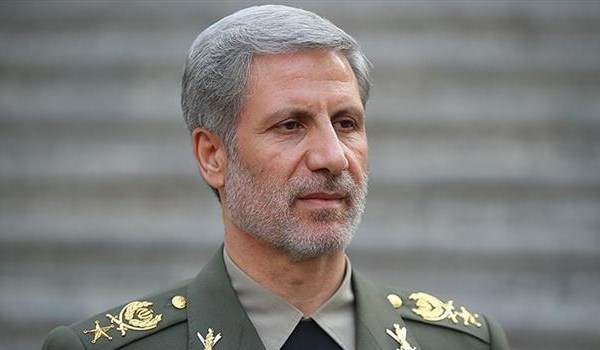 TEHRAN (FNA)- Iranian Defense Minister Brigadier General Amir Hatami announced on Sunday that the country will send satellites into the space on the back of its two indigenized carriers named Simorq (Phoenix) and Zol Janah.

“The Islamic Republic of Iran has a permanent plan to develop its space program and it has passed several stages and has several stages ahead. The country needs heavier cargos over 100kg to be carried into the space and we plan to carry heavier cargos to the higher altitude orbits which will be done by Simorq and Zol Janah satellite carriers,” General Hatami told reporters in Tehran on the threshold of the Defense Industry Day in Iran.

He noted that Simorq satellite carrier is still in the research phase, hoped for its success in the next launch.

General Hatami explained that Zol Janah satellite carrier is also similar to Simorq in form and size but with a solid-fueled engine and can be launched from a mobile launcher.

“I think we will have both these satellite carriers this year,” he said, adding that Qassed satellite carrier which has been developed by the Islamic Revolution Guards Corps (IRGC) Aerospace Force will be used for smaller cargos.

“We have Sarir satellite carrier for cargos weighing between 300kg to 1,000 kg and we will, of course, have Soroush-1 and Soroush-2 satellite carriers for higher altitude orbits at 36,000km,” General Hatami said.

Iranian Minister of Communications and Information Technology Mohammad Javad Azari Jahromi announced in June that the number of the country's manufactured satellites will increase to 18 by the end of the current Iranian year (March 19, 2021).