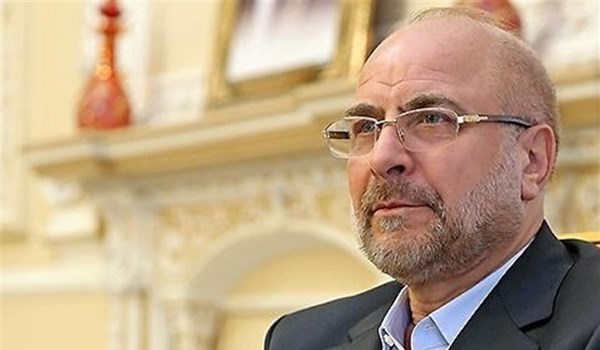 TEHRAN (FNA)- Iranian Parliament Speaker Mohammad Baqer Qalibaf blasted the UAE for normalizting ties with Israel, calling it a blatant betrayal of the Islamic Ummah and the Palestinian cause.

“The agreement between the dynasty, ruling the UAE, and the Zionist regime is a clear betrayal of human values, the Islamic teachings, the Islamic Ummah and the Palestinian cause,” Qalibaf said, addressing an open session of the parliament in Tehran on Sunday.

He noted that those who seek friendship with Israel are considered by the Islamic Ummah as betrayers, criminals and accomplices in all measures adopted by the regime in the past, present and future, warning them that the Islamic Ummah and the Palestinian people’s struggle against the Zionist regime will never stop.

Qalibaf underlined that the fine line now drawn between the hypocrites and Muslims, as well as the enemies and friends of the Zionist regime will certainly further strengthen the resistance front's resolve to liberate the holy Quds.

Iranian President Hassan Rouhani decried the recent normalization deal between the UAE and Israel, describing it as a gift to US President Donald Trump before elections.