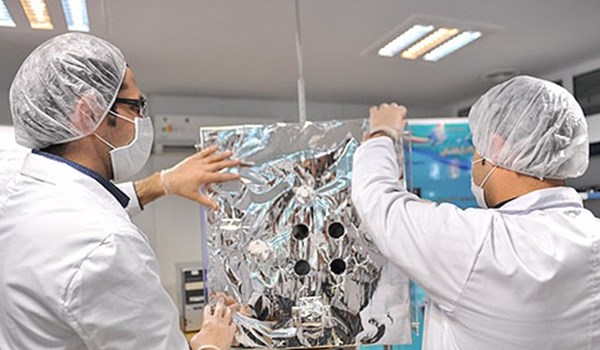 “Experts could carry out the electro-magnetic compatibility test on Pars 1 satellite for the first time in Iran,” Samimi said.

“Pars 1 sensing satellite is one of the satellites being manufactured by the ISRC which is passing the final stages of development,” Samimi said.

“Passive isolator to reduce the level of vibrations transmitted to the satellite has been designed and manufactured in this research institute, which has already been registered as an invention in the Intellectual Property Center and the Patent Office,” he added.

Pars 1 is a sensing satellites which enjoys the resolution of 15m.

Minister of Communications and Information Technology Mohammad Javad Azari Jahromi announced in June that the number of the country's manufactured satellites will increase to 18 by the end of the current Iranian year (March 19, 2021).