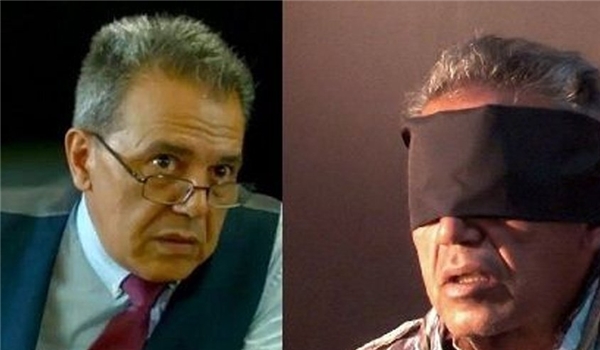 TEHRAN (FNA)- Iran's Ambassador and Permanent Representative to the United Nations Majid Takht- Ravanchi strongly denounced the US for fostering the terrorist group ‘Tondar’ (Thunder), adding that Washington should be held responsible for complicity with countless terrorist operations in the country.

Takht- Ravanchi, in a letter to the United Nations Secretary, General Antonio Guterres, complained over the US support for terrorist group ‘Tondar’ whose ringleader Jamshid Sharmahd has recently been arrested by the security forces of Iran.

Iran announced on Saturday August 1 that it had captured the ringleader of a US-based Tondar (Thunder) terrorist group, Jamshid Sharmahd.

The full text of Takht- Ravanchi's letter is as follows:

In the name of God, the Most Compassionate, the Most Merciful

Excellency,
I am writing to inform you that, on 1st August 2020, the security forces of the Islamic Republic of Iran arrested Mr. Jamshid Sharmahd, the “Commander and spokesperson” of “the Kingdom Assembly of Iran - Tondar”, a terrorist group which is headquartered in the United States of America and is responsible for 27 terrorist acts in Iran resulting in the killing and injuring of many Iranian civilians.

On 12 April 2008, when around 800 people had gathered at the Hosseynieh Sayid Al-Shuhadan Mosque in Shiraz to perform a religious ceremony, the operative members of this group exploded a powerful bomb killing 14 civilians, including two children, wounding 215 others and causing damages to the mosque and some nearby properties. Immediately after this heinous terrorist attack, the Kingdom Assembly of Iran – Tondar officially claimed responsibility for the bombing. Mr. Jamshid Sharmahd himself has also publicly and repeatedly admitted that the “terrorist attack” was planned and executed by his group. The group’s official website (in Persian language) still contains all such admissions.

Likewise, this group is responsible for other terrorist acts in public and religious places, including the bombing at Imam Khomeini’s mausoleum in Tehran on 20 June 2009 which resulted in the wounding of 8 people. It also, in close collaboration with foreign intelligence services, played an important role in the assassination of Professor Massoud Ali Mohammadi, an Iranian nuclear scientist on 12 January 2010.

At the same time, to date, most of the planned terrorist acts of the Kingdom Assembly of Iran – Tondar, including to blow up a dam in Shiraz, to detonate cyanide bombs at the Tehran book fair as well as to explode Hazrat Masoumeh mausoleum in the city of Qom and the building of the Islamic Consultative Assembly (Parliament) in Tehran, have been foiled and neutralized, by the security forces of the Islamic Republic of Iran, prior to their execution. Certain operatives of the group, who have been arrested prior to conducting their planned terrorist acts, have admitted that they have been trained, armed and financed by the United States forces in regional countries to conduct terrorist activities in Iran.

Based on the conclusive evidence about terrorist activities of the Kingdom Assembly of Iran – Tondar, the Government of the Islamic Republic of Iran has repeatedly called on the Government of the United States, through its interests section in the Embassy of Switzerland in Tehran, to effectively prevent the activities of that group and, based on relevant international norms, to extradite its members to Iran for prosecution. Additionally, the United States, through the Red Notices issued by the International Criminal Police Organization, was also in full knowledge of all terrorist and criminal activities of the group and its members.

However, despite being cognizant of the group’s terrorist nature and activities, the United States, to date, has continued to sponsor it, and has refrained from taking even the slightest measure to prevent the terrorist activities of this group, which openly, including through its official website and media, incites terrorism and provides training on how to conduct terrorist acts and other subversive and disruptive measures in Iran.

In the light of the above and recalling the obligations of States to prevent and combat terrorism, in particular by taking appropriate practical measures to ensure that their respective territories are not used for terrorist installations or training camps, or for the preparation or organization of terrorist acts against other States or their citizens, making certain the apprehension and prosecution or extradition of any person who supports, facilitates, participates or attempts to participate in the financing, planning, preparation or perpetration of terrorist acts or provides safe havens to terrorists, there remains no doubt that the Government of the United States has clearly violated all of such obligations with  regard to the Kingdom Assembly of Iran – Tondar. Accordingly, the United States is responsible for all terrorist activities perpetrated by that group as well as the loss of lives of the Iranian citizens and the damages inflicted as a result of such acts.

The Islamic Republic of Iran expects the United Nations to shoulder its responsibilities to prevent the United States from providing supports to terrorist groups such as the Kingdom Assembly of Iran – Tondar.

I should be grateful if you would have the present letter circulated as a document of the General Assembly under agenda items 83 and 118 as well as that of the Security Council.

Please accept, Excellency, the assurances of my highest consideration.