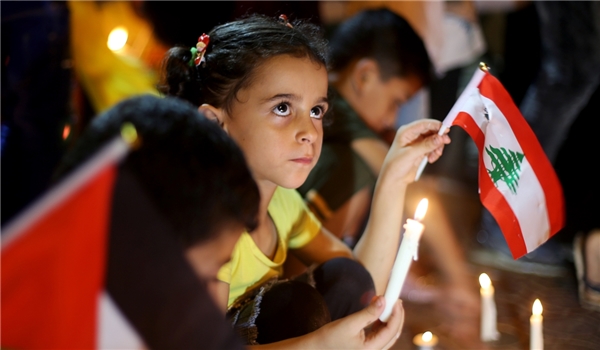 TEHRAN (FNA)- Iran's Judiciary Chief Ebrahim Rayeesi asked the international community to act against the US sanctions on Lebanon amid the deadly and highly devastating blast in Beirut.

Rayeesi on Wednesday offered his condolences to the Lebanese government and nation over the tragic explosion in Beirut, and said the damage to an important part of Beirut's economic infrastructure and its consequences have doubled the tragedy for the people of the country.

The necessary action today, while maintaining national coherence and vigilance against acts by enemies of the Lebanese nation and government aimed at invoking sedition and division, is to immediately address the basic needs of the Lebanese people, whose supply has been disrupted as a result of this incident, he added.

Rayeesi said this painful incident took place at a time when the wounds caused by the Israeli occupation and its repeated acts of aggressions against the Lebanese people have not yet healed, coupled with Washington's brutal sanctions against Beirut.

"Considering the cruel and inhumane sanctions imposed by the criminal US regime against the Lebanese people in recent months, which constitute a serious obstacle to addressing the essential needs of the Lebanese people, efforts to immediately lift these sanctions in order to prevent a humanitarian catastrophe must be on the agenda of the governments having friendly ties with Lebanon as well as the international community," the Iranian Judiciary chief noted.

He added that the Iranian Judiciary's High Council for Human Rights will put on the agenda taking legal action to remove these pressures and defend the rights of the Lebanese people.

Hundreds of individuals and entities have been sanctioned by the US in Lebanon, with the list focusing mainly on those with ties to the Hezbollah resistance movement. The list, however, includes a wide range of targets, from pharmaceutical companies, religious organizations and community outreach groups to banks and trading importer/exporters.

Observers say that the US sanctions on Lebanon have deteriorated the already struggling economy of the Arab country.

A massive explosion rocked the Lebanese capital of Beirut on Tuesday, killing at least 135 people, wounding over 5,000 more, and smashing a vast area.

Yet, the health minister told Lebanon's LBC News that hundreds are feared dead and thousands have been wounded in the blast. He added that the death toll now stands at over 135.

The Lebanese Red Cross also declared that over 5,000 people have been wounded in the incident, while the numbers are still expected to rise. It added that over 135 dead bodies have been collected from the scene of the incident so far.