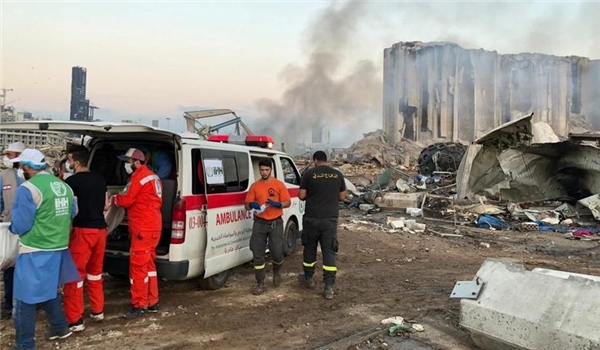 General Salami extended his condolences to the Lebanese government and nation as well as Secretary-General of Hezbollah movement Seyed Hassan Nasrallah, over the incident.

He stressed the IRGC’s preparedness to help the Lebanese government and nation as well as those injured or harmed in any way by the incident, hoping for the rapid recovery of the wounded.

Iranian President Hassan Rouhani also extended his condolences to the Lebanese government and nation over death of tens of people in Beirut explosion, stressing Tehran’s preparedness to dispatch medical aid and help treat the injured people.

In a message sent to his Lebanese counterpart Michele Aoun on Wednesday, President Rouhani expressed deep regret over the incident which killed and wounded thousands of people, extending condolences to the Lebanese nation and government and the bereaved families of those who have lost their lives.

He also underscored Iran’s readiness to send medical aid to Lebanon and help the treatment of the injured people, expressing the hope that tranquility would return to Beirut and details of the incident would become clear as soon as possible.

A massive explosion rocked the Lebanese capital of Beirut on Tuesday, killing at least 100 people, wounding over 5,000 more, and smashing a vast area.