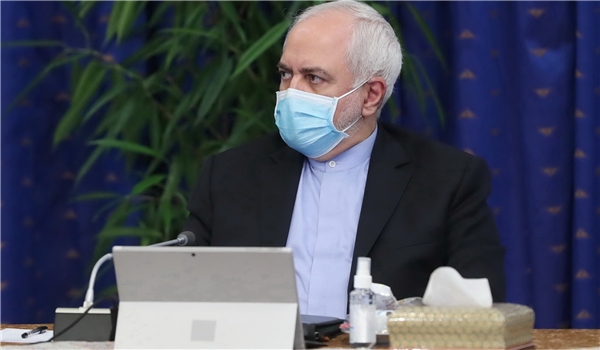 Zarif made the remarks in a message referring to his Wednesday phone call with Lebanese counterpart Charbel Wehbe, noting Iran is sending field hospital and medicine to Lebanon.

"Reiterated Iran's strong and steadfast solidarity with people of Lebanon in call with FM Wehbe," he wrote on his Twitter account on Wednesday.

Earlier on Wednesday, Mohammad Javad Zarif had said to his Lebanese counterpart Charbel Wehbe that Tehran is ready to provide Lebanon with emergency supplies needed after the deadly blast in Beirut.

Zarif reiterated during his phone call on Wednesday with Wehbe that Iran is prepared to send humanitarian aids to help remove the sufferings of the Lebanese people.

Iran will stand by Lebanese people and government, he emphasized.

In an earlier message on Tuesday, Zarif had sympathized with Lebanese people over the deadly explosion which ripped through the capital Beirut, killing scores of people and injuring thousands of others.

"Our thoughts and prayers are with the great and resilient people of Lebanon," Zarif wrote on his Twitter account late on Tuesday.

"As always, Iran is fully prepared to render assistance in any way necessary," he added.