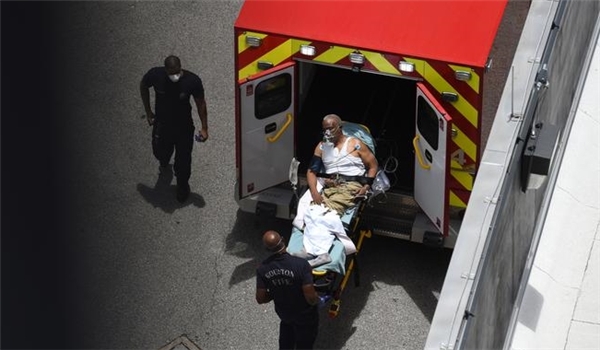 TEHRAN (FNA)- A majority of Americans that responded to a new poll by NPR and Ipsos stated that the United States is handling the COVID-19 pandemic worse than other countries.

The poll, which surveyed 1,115 US adults between July 30 and July 31, found that 65% of Americans believe the US is handling COVID-19 either “somewhat worse” or “much worse” than other countries, according to Sputnik.

Only 25% of participants said that the US was doing “much better” or “somewhat better” than other nations, with 9% saying they didn’t know how well the US was handling the pandemic compared to other parts of the world.

The study also found that 85% of Democrats and 44% of Republicans believe the US is handling the pandemic either “somewhat worse” or “much worse” than other countries. On the other hand, 66% of independents share that viewpoint.

The poll further found that more than 75% of participants approve of state laws requiring that people wear masks in public at all times, with 60% of respondents saying they would approve of another two-week stay-at-home order.

In addition, 85% of respondents said they approve of using government funding to expand COVID-19 testing and make it free, while 83% of participants believe federal funding should be used to manufacture protective equipment and make a COVID-19 vaccine available to all Americans.

Two-thirds of all participants also believe the federal government “should take on more debt to pass another economic stimulus bill that provides a payment for all Americans”.

Furthermore, 87% of Democrats polled said that schooling should be virtual this year, with only 41% of Republicans and 66% of independents holding the same view.

"We've come to a pretty dire place when it comes to both the death toll and the spread of [the novel] coronavirus across the country," Mallory Newall, a pollster with Ipsos, is quoted as stating by NPR, adding, "Americans, as they grapple with the reality of just how grave the situation is, they're looking for sweeping, really broad, powerful action here."

The US has recorded the highest number of COVID-19 cases in the world, with 4.77 million in total, and almost 157,000 Americans have died as a result.