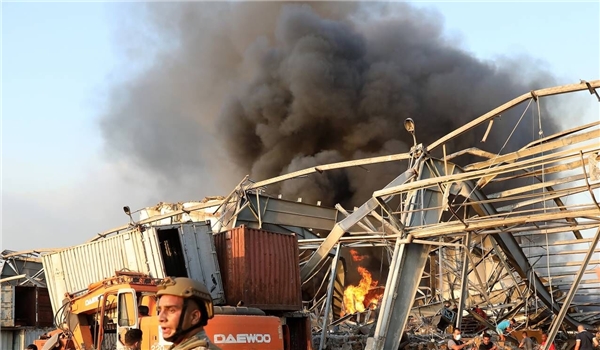 TEHRAN (FNA)- Spokesman of Iranian Red Crescent Society (IRCS) Mohammad Nasiri said on Wednesday that 2,000 food packages, weighing nine tons, along with medicine and medical equipment will be sent to Lebanon, adding that Tehran is ready to provide all sorts of humanitarian aid to Beirut, which has been shocked by a huge blast.

A Rapid Deployment Hospital (RHD) will also be set up by the team in Beirut, he stressed.

Earlier, Hemmati had expressed Tehran’s readiness to assist Beirut over its deadly explosion.

Following the deadly explosion in Beirut, which killed and injured a large number of Lebanese people, Hemmati in a message to the Chief of the Red Cross of Lebanon expressed his sympathy with the people of this country and announced Iran’s readiness to assist Beirut.

In a message on Wednesday, the Parliament’s Health and Treatment Commission expressed deepest condolences and sympathy to the honorable people, parliament and government of Lebanon and the Hezbollah Resistance Movement, and announced its readiness to send medical and humanitarian aid to the country.

“Undoubtedly, Lebanon is at the front line of the Islamic Resistance in the world and the Middle East, and by the grace of God, who said in Holy Quran ‘the land of Paradise is inherited by My righteous servants,’ Beirut will become beautiful and prosperous again by the righteous servants of God,” the message added.