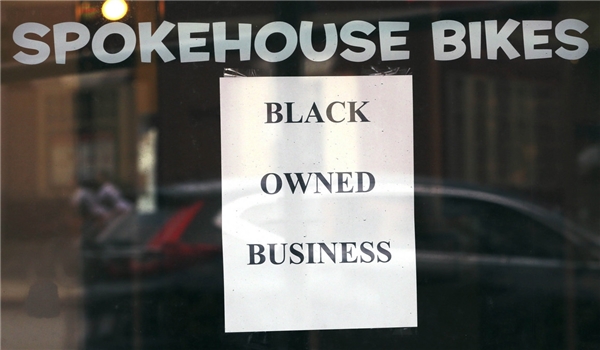 TEHRAN (FNA)- The Black community has been disproportionately battered by the coronavirus, as numerous studies showed. Now, the Federal Reserve Bank of New York has quantified just how hard an economic punch the pandemic has delivered.

Thirty counties account for 40 percent of receipts from Black-owned businesses, and 19 of those areas — roughly two-thirds — have the highest number of coronavirus cases in the country, according to new research from the New York Fed, according to POLITICO.

By contrast, counties with more white-owned firms have a lower share of cases.

“The COVID-19 pandemic has exposed acute and deep-rooted connections between physical and economic health,” according to the Fed brief.

“Many of the same places hit hardest by the pandemic are reeling concurrently from the health crisis, business closures, and job losses. These communities are disproportionately communities of color,” the brief added.

Similarly, a much higher percentage of Black-owned businesses — 41 percent — have shuttered compared to their white-owned counterparts' 17 percent, according to research from the National Bureau of Economic Research.

The federal government has made efforts to prop up small businesses during the crisis, doling out more than $520 billion in aid to about 5.1 million firms under the Paycheck Protection Program, which offered forgivable loans to small businesses in a bid to avert mass layoffs. The brief says that most of the 30 counties it cites saw 15 percent to 20 percent of their total businesses receive loans under the program, compared to a 17.7 percent national average, although a demographic breakdown of the borrowers isn't available.

Many firms owned by Black Americans were at a structural disadvantage when it came to securing the small business loans because most didn’t have strong relationships with a bank. Bronx County, N.Y., for example, only saw 7 percent of its companies get the aid.

“Fewer than 1 in 4 Black-owned employer firms has a recent borrowing relationship with a bank,” the researchers said, citing a Fed survey from last year.

“Black-owned firms — both employer and nonemployer — apply for financing at equal or higher rates than white-owned firms but are denied at higher rates,” they continued.

The brief acknowledged that Black-owned companies were more likely to be in weak financial condition heading into the crisis but said that alone can’t account for the disparity in their ability to get a loan.

“Even among the firms that should not have major difficulties accessing credit from a bank (given their business performance and creditworthiness), Black-owned employers were much less likely to have obtained bank financing in the past five years, instead relying most commonly on personal savings or financing from family and friends,” the brief added.

Only 33 percent of Black employers have a “healthy or stable” relationship with a bank, compared to 54 percent of white employers.

“To have the greatest impact, the next round of COVID-19 relief should be more targeted geographically to focus on the hardest hit areas and communities that lack critical infrastructure (hospitals, banks) to ameliorate the gaps,” the researchers concluded.

“Furthermore, the racial disparities in bank relationships prior to COVID-19 detailed here raise structural questions about the presence of banks and access to credit in communities of color, questions that have heightened significance when banks are relied on to administer federal, taxpayer-supported relief programs, as is the case with PPP,” they noted.