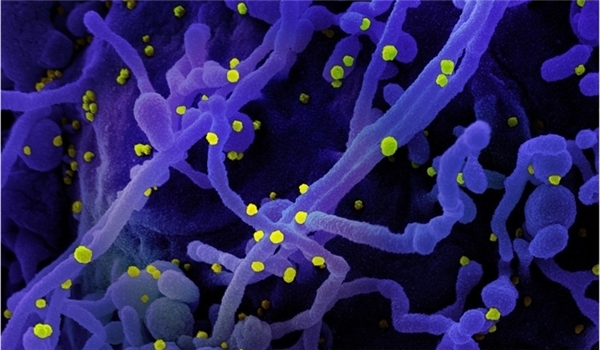 TEHRAN (FNA)- Now, Regeneron Pharmaceuticals says its COVID-19 antibody-drug cocktail under development prevented and treated the disease in monkeys and hamsters, showing promise that it may work in humans.

The company's cocktail of two monoclonal antibodies, called the REGN-COV-2, was able to prevent and treat the disease in rhesus macaques and hamsters.

Further, the scientists behind the project said the animals did not show any signs of increased viral load or worsening conditions after treatment.

The US biotech company said that the animal study, which has not yet been peer-reviewed, showed that the two monoclonal antibodies were able to almost completely block the establishment of virus infection. The researchers also said the drugs were able to reduce infection in a second study in which the animals were infected with a higher level of the virus.

The company said that the infected animals treated with REGN-COV2 cleared the virus faster than those who were given a placebo. The data suggests that the therapy may offer clinical benefit in both the prevention and treatment of COVID-19.

Regeneron Pharmaceuticals announced earlier in July that it has been awarded a $450 million contract with the U.S. government, as part of its Operation Warp Speed program, to manufacture and supply REGN-COV2, the company's investigational double-antibody cocktail that is being trialed as a treatment for COVID-19.

Scientists at Regeneron studied thousands of fully-human antibodies produced by laboratory mice, called the VelovImmune. These mice were genetically engineered to have a human immune system with antibodies identified from humans who have recovered from the novel coronavirus infection.

The team chose two of the most potent, robust, and virus-neutralizing antibodies to produce REGN-COV2. To work, the drug bind to the receptor-binding domain (RBD) of the virus's spike protein, reducing the ability of the virus to evade treatment and protects against spike variants that have emerged in the human population.

The company used the same technique and cocktail approach to develop REGN-EB3, a novel antibody treatment for Ebola, which is now being reviewed by the Food and Drug Administration (FDA).

The coronavirus pandemic has so far killed more than 700,000 worldwide. The United States and Brazil remain as the countries with the highest number of cases, at more than 4.77 million and 2.8 million, respectively.

The epicenter of the pandemic has moved from Europe to the United States and South America. Brazil, Peru, Chile, and Colombia have skyrocketing cases.