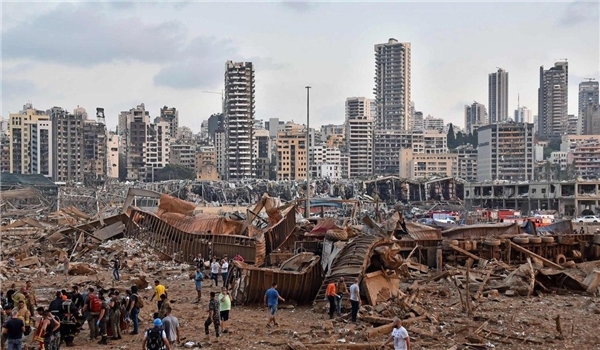 TEHRAN (FNA)- Iranian Foreign Minister Mohammad Javad Zarif in a message sympathized with Lebanese people over the deadly explosion which ripped through the capital Beirut, killing scores of people and injuring thousands of others.

"Our thoughts and prayers are with the great and resilient people of Lebanon," Zarif wrote on his Twitter account late on Tuesday.

"As always, Iran is fully prepared to render assistance in any way necessary," he added.