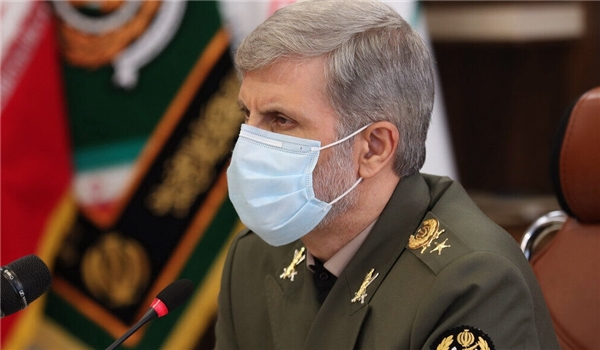 Lieutenant General Soleimani and other members of the Resistance Front stood firmly against this sinister plot and defeated the enemy, General Hatami said on the sidelines of an exhibition to honor the Resistance Axis.

The Defense Minister said the exhibition displays two things: the wickedness and the crimes of the enemy.

He added that the members of the Resistance Front succeeded in withstanding all the blasphemy, crimes, money and weapons of the enemy with General Soleimani as the commander and with Iran’s military support. 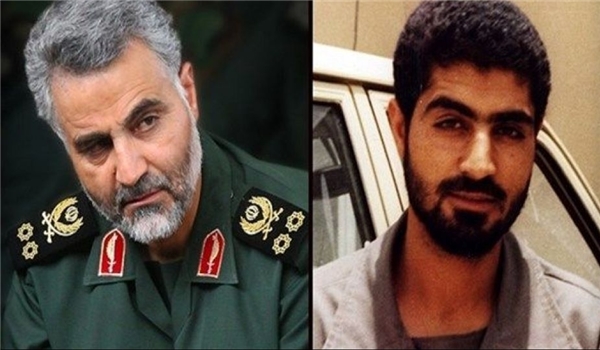 Hatami emphasized that Iran is equipped much better than before and it will support the air force, navy, civil defense, missile units, and cyber and electronic units of its military to defend the nation and the people of countries to enable them weed out crime and oppression from the world.

In relevant remarks at the same exhibition, Chief of Staff of Iran's Armed Forces Major General Mohammad Hossein Baqeri said security was restored in Iraq and Syria due to the guidelines of Supreme Leader of the Islamic Revolution Ayatollah Seyed Ali Khamenei, cooperation of religious authorities and endeavors of Lieutenant General Qassem Soleimani.

Today, security has returned to Iraq and Syria to a great extent thanks to the efforts of Lieutenant General Soleimani and his comrades, the leadership of the Supreme Leader and cooperation of religious authority, Baqeri said during a visit to an exhibition dubbed as ‘End of ISIL Rule and Might of Resistance Front’ in Tehran.

Terrorists and their cohorts did their best in vain to pose major threat to Iran's security through dominating Iraq and Syria, he added.

Enemies' defeat resulted in national calm to let the country move towards development, General Baqeri said at the exhibition.

He emphasized that the exhibition showcases parts of efforts made by Resistance Front and also Iran's support for the Front to fight plots of the Global Arrogance, regional enemies and terrorist groups.

It also displays the terrorists’ bestiality to endanger security of the regional nations, the commander added.