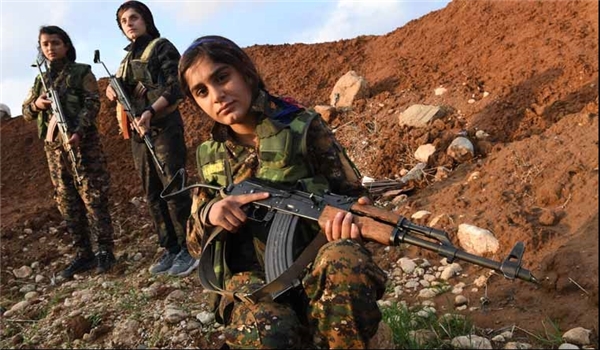 TEHRAN (FNA)- The Syrian Democratic Forces (SDF) have increased the number of their recruits in the past few months after forcing under-18 girls abducted by them to joint their ranks.

The Arabic-language al-Arabi al-Jadid news website reported on Tuesday that while the SDF has signed an agreement with the UN not to use child soldiers, its militants have in the past few months entered certain areas under their control and abducted girls who are under 18.

Lina Abdol Baqi, 14, is a girl whose family has for over 6 months been trying to find her but in vain. The family has been told by the SDF that Lina has been sent to the adolescent division.

Sidra Abdol Salam, 16, Ahlam, 14, Qazaleh, 15, and Ronida, 11, are other girls who have been kidnapped by the SDF from Kobani region in Aleppo and their family members are concerned about their fate.

Local sources told SANA that houses were raided in various neighborhoods of the town of Shaddadi.

The SDF militants continue with their criminal and abusive practice against ordinary citizens in areas under their control.

The security situation is reportedly deteriorating in the areas controlled by the SDF in Hasaka and the province of Deir Ezzur amid arrests of civilians by the militants.