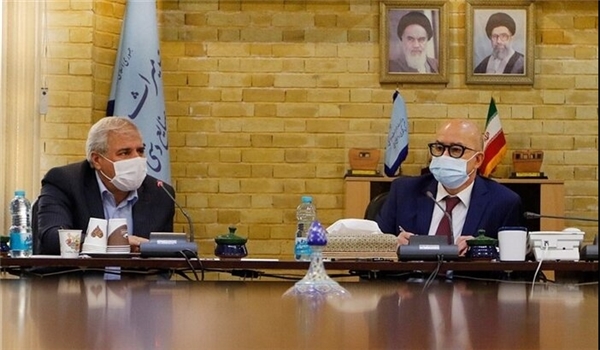 "Iran has been one of the most successful countries in the restitution of 3400 historical and cultural monuments, especially since 2014. Iran's actions have made the global market unsafe for smuggling and sale of cultural and historical property," Talebian said during the mmeting with Greek envoy on Monday.

He recalled to the discussion of establishing the Ancient Civilizations Assembly with the presence of civilized countries such as Iran, Greece and China under the main theme of combating trafficking of historical objects and return of cultural and historical property based on cultural diplomacy.

Talebian pointed to the measures taken by Iran in returning the cultural and historical property of countries such as Iraq, Afghanistan and some othe neighboring countries, and said, "Given that Iran, like Greece, has faced looting, theft and smuggling of historical property during the last two centuries, we hope that by cooperating and adopting appropriate solutions, we can provide the ground for the return of stolen treasures."

He recalled his proposal to use the Assembly's capacities at the beginning of a movement based on purposeful international cooperation focusing on the return of stolen historical and cultural property within the framework of statements and in the form of a joint plan, and said, "The proposal was approved by the Greek Minister of Culture and he requested to visit Iran in September or October and to hold a webinar with Greek officials if the coronavirus outbreak still continues."

Talebian, meantime, voiced Iran's readiness for virtual museum and exhibition collaborations by introducing measures such as providing virtual visits to world museums and monuments, webinars of world sites with other world centers due to restrictions following the coronavirus outbreak and joint intangible heritage files.

The Greek ambassador, for his part, expressed his country's interest in sharing Iran's experience in the return of cultural and historical property.

He emphasized that cultural heritage, tourism and handicrafts in today's challenging world are important tools for promoting and consolidating peace between communities and nations.

In a relevant development in April 2018, Greek Education Minister Kostas Gabroglou in a meeting with Head of Iran's Islamic Culture and Relations Organization Abouzar Ebrahimi Torkaman underlined the need for enhancing cultural relations between Tehran and Athens.

"My country is eager to broaden relations with Iran given the growth of extremism in the region and the world," Ebrahimi Torkaman said.

He underlined that dialogues among religions are very important as the exchange of views among religious scholars can play a major role in making the nations familiar with one another's views on eliminating extremism and radicalism.