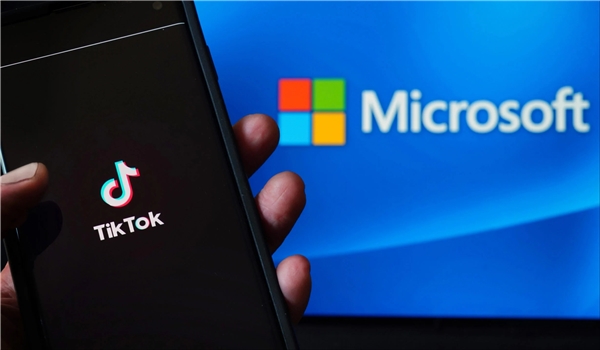 TEHRAN (FNA)- President Donald Trump said Monday that it could be easier if Microsoft were to buy Chinese-owned TikTok in its entirety, rather than a small part of the social video app, because the name would be split across two companies, and suggested the company should pay the US Treasury as part of the deal.

“I think buying 30% is complicated, and I suggested that he can go ahead, he can try,” Trump told reporters in the Cabinet Room at the White House on Monday, according to CNBC.

He was referring to his conversation over the weekend with Microsoft CEO Satya Nadella. The comments come a day after Microsoft confirmed in a statement that it has looked at buying TikTok in the US, Canada, Australia and New Zealand.

A larger deal could go beyond resolving the US government’s concern over Chinese control of the app, where hundreds of millions of people share short videos that often feature music.

A transaction of the type the president envisions could also prove more expensive than the one Microsoft described on Sunday. Trump noted Monday that part of the amount paid to buy TikTok would have to come to the US Treasury Department because it would be making the deal possible.

“It’s a little bit like the landlord/tenant; without a lease the tenant has nothing, so they pay what’s called ‘key money’, or they pay something,” Trump continued, adding, “But the United States should be reimbursed or should be paid a substantial amount of money, because without the United States they don’t have anything, at least having to do with the 30%.”

The app will be banned in the US if it’s not sold by September 15, Trump stated on Monday.

On Sunday, Microsoft announced that it wants to conclude talks with ByteDance by that date.

“We believe from a management and board perspective this is a unique deal of a decade opportunity with a price tag that could easily be consummated,” Wedbush analysts led by Dan Ives, who has the equivalent of a buy rating on Microsoft stock, wrote in a note distributed to clients on Monday.

Microsoft had $136.53 billion cash, equivalents and short-term investments as of June 30, according to the company’s most recent quarterly earnings report.

The rise of TikTok has been part of ongoing US government concerns about China that prompted a trade war. Trump administration officials have argued that TikTok delivers user information to the Chinese Communist Party. TikTok has announced “TikTok US user data is stored in the US”.