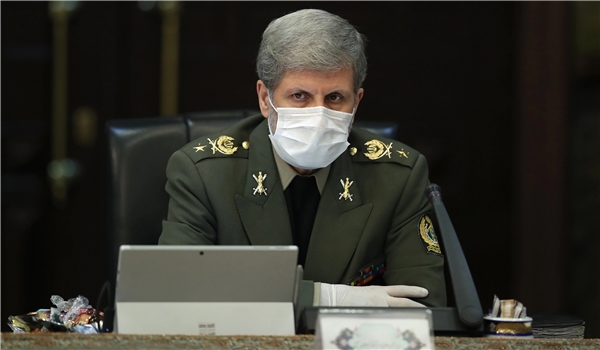 TEHRAN (FNA)- Iranian Defense Minister Brigadier General Amir Hatami said that development and updating of the country’s defense capability is the top priority of his ministry, adding that despite US sanctions, prominent progresses have been made in the field of defense know-how and technology.

Hatami said that the Defense Ministry has put atop its agenda to improve missile capability and produce the most advanced and sophisticated equipment in the field of naval warfare.

Elaborating on Iran’s defense power in the region and world, he added, “Today, we are proud that, despite the US cruel sanctions, we have attained outstanding achievements in the defense field.”

As it has been said repeatedly, the Defense Ministry can meet the needs of the Armed Forces in all areas of ground, air, naval, electronic, missile, etc. through paying due attention to the domestic capabilities under the wise leadership of the Supreme Leader of the Islamic Revolution, the Defense Minister reiterated.

In relevant remarks in late June, General Hatami referred to the mass-production and delivery of the home-made Kowsar fighter jets to the Army, saying that it displays the ineffectiveness of the US sanctions.

Delivery of three domestically-built Kowsar fighter jets to Army Air Force carried a message to the enemies, US in particular, that the US sanctions have worked to the contrary, General Hatami said, addressing a ceremony to deliver the fighter jets to the Army on Thursday, June 25. 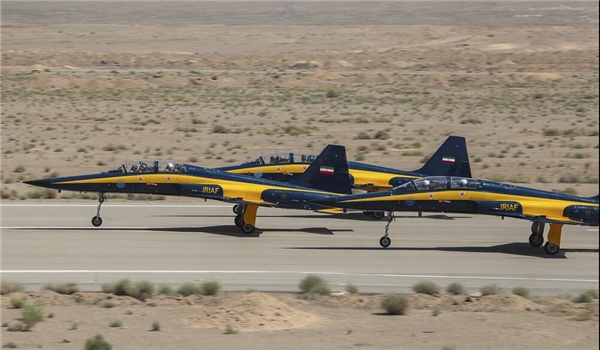 When Kowsar jets were delivered to Iran Air Force, it conveyed an important message across the world that all freedom-seeking nations will be independent and self-sufficient if they resist, he added.

Today, there are all technical capabilities available inside the country for construction of the air force infrastructure, General Hatami said.

Kowsar was unveiled in a ceremony participated by Iranian President Hassan Rouhani in Tehran who ordered the fighter jet to fly.

The new fighter jet uses the fourth generation of military digital network and is equipped with heads-up display (HUD) system to increase the precision-striking power of weapons, advanced and multi-purpose radar for fire-control to boost the precision to trace the targets and threats and high-precision navigation system.

Kowsar can be manufactured in two types of single-cockpits and double-cockpits and the second type can be used for training pilots in addition to enjoying combat capabilities.

According to the Iranian officials, the fighter jet is a supersonic combat plane different from the training Kowsar 88 plane unveiled in April 2017.

"The defense ministry, in cooperation with the Air Force, is mass-producing the fighter jet," General Dadras said.

He added that Kowsar had undergone different ground and air operational tests by the Iranian Air Force experts for numerous hours.

"We have ordered this fighter jet for the Army," General Dadras said.