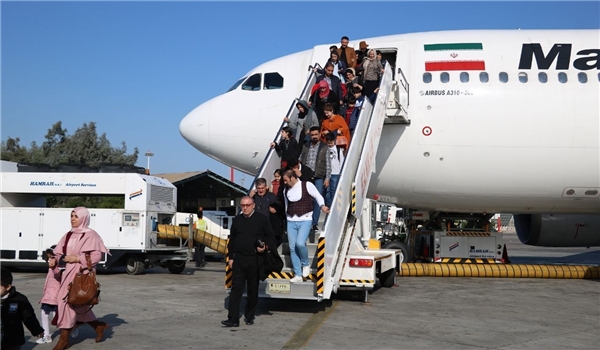 TEHRAN (FNA)- Specialists at Iran Airports Company in cooperation with the defense industry produced home-made Distance Measuring Equipment (DME) system which is due to be installed in the country’s airports in September.

DME is a radio navigation technology that measures the slant range (distance) between an aircraft and a ground station by timing the propagation delay of radio signals in the frequency band between 960 and 1215 megahertz (MHz).

Siamak Behnam, an official at Iran Airports Company, told FNA on Saturday that the system will be tested in lab for two months before being utilized in the country’s airports in September.

“Iran had earlier purchased DME systems from Germany, Britain and France,” he added.

Behnam said that manufacturing the indigenized DME system by the Iranian experts has saved 50% of the price of foreign models for the country.

Iran has taken long strides in development of its air industry despite the US sanctions.

Iranian Defense Minister Brigadier General Amir Hatami said in June that his country is capable of producing nearly three fourth of its needs to aircraft and helicopter parts.

"Today, we have reached a point that over 70% of the planes and helicopters parts are produced inside the country with efforts made in the past 40 years," General Hatami was quoted by senior MP Abolfazl Abu Torabi as saying in a closed-door session of the parliament in Tehran.

He also added that Iran is in possession of different types of helicopters and planes which makes production of parts more difficult.

"We have also made updated progress in the aerospace field and gained many successes in this arena," General Hatami said.

Also, last August, Chief of Staff of the Iranian Armed Forces Major General Mohammad Baqeri announced that the country's experts were just steps away from manufacturing engines for state-of-the-art planes and helicopters.

"Today, Iran is entering the field of manufacturing engines for the state-of-the-art planes and helicopters and with God's help, we are on the verge of attaining full self-sufficiency in (manufacturing) these valuable systems," General Baqeri said in Tehran.

He also said that Iran has made good progress in manufacturing different aircraft, missiles and drones.

General Baqeri underlined that all these developments have been made despite the US sanctions, showing that the embargos can be used as an opportunity for progress.