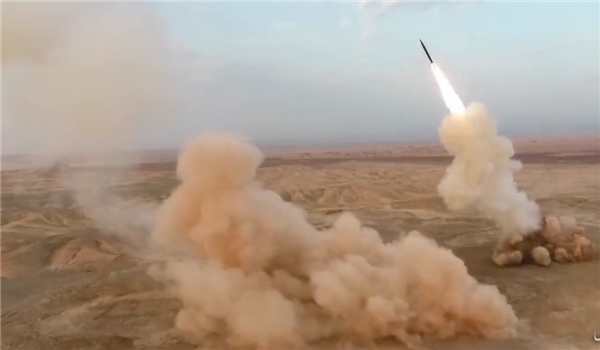 TEHRAN (FNA)- The Islamic Revolution Guards Corps (IRGC) fired ballistic missiles buried deep into the ground during the second day of massive 'Great Prophet-14' drills in the Southern parts of the country on Wednesday.