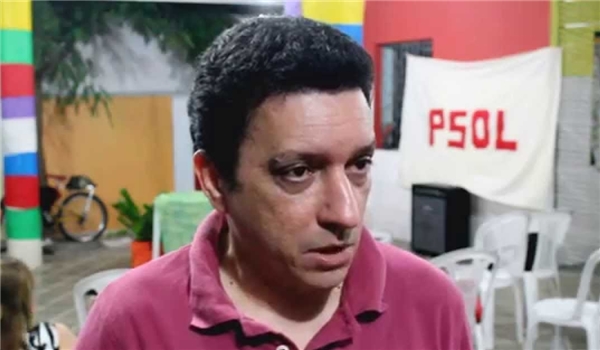 TEHRAN (FNA)- Fabio Sobral, professor of economy, says President Bolsonaro’s sacking of the health minister and his successor both within only a month indicates that he requires the cabinet to obey him and his neoliberal economic policies unquestioningly.

Speaking in an interview with FNA, Professor Sobral said ministers’ subservience to the ideological principles of extreme right is an absolute requirement to stay in the cabinet.

“We are witnessing progressive demands from the president [in the economy and health sectors…] now we see a lasso of increasingly tight definitions of public policies guided by exclusively ideological principles in such areas,” Sobral said.

Fabio Sobral is a professor of economy at the Federal University of Ceara, Brazil. His works are mainly on the history of economic thoughts and theories, and alternative economies.

Q: Two Health Ministers left the cabinet within only one month. Do you see it as an indication of fuel and internal disputes in the cabinet?

A: There are some criteria for staying in the Bolsonaro cabinet: agreement with the neoliberal policies of the economy, acceptance of the ideological principles of the extreme right and complete subservience to the president's ideas. The two health ministers interrupted subservience in the procedures recommended by the president, placing it above the subservience of their superior. We are witnessing a progressive demand from the president to conform to the three principles. His power with the state machine is advancing rapidly. At first, Bolsonaro did not seem to interfere in certain ministries, such as Economy or Health, for a defining period of each stage, but now we see a lasso of increasingly tight definitions of public policies guided by exclusively ideological principles in such areas. In other words, extreme right-wing authoritarianism advances.

Q: Why do we see Cuban medical doctors work in the health sector of the extreme right wing government?

A: The Brazilian government has called Cuban doctors to work on the health system, but they are doctors who refused to return to Cuba and stayed in Brazil after the breach of the medical collaboration contract between the two countries. The current government of Scholarship would never accept a partnership with the Cuban government, as it is an extreme right-wing government that places this criterion above all the others, even above the lives of his own people. Bolsonaro considers Cuban doctors who stayed in Brazil his allies for believing they differ from the Cuban regime.

Q: As you just mentioned above, Bolsonaro is criticized for being worried about politics and caring less about the health of the Brazilians. If true, then what could be the reason?

A: The basic principle of the Bolsonaro government is to fight against all who do not agree with the extreme right. Government ideologists believe to be in a war for the defense of Western civilization. In this term, all areas of government action should be subject to this principle. Politics, economy, international relations and health should be guided by that orientation. In addition, Bolsonaro has a military vision and really believes we are in a war; so he behaves as if it is acceptable to have loss of life for the purpose. He has a psychopathic vision of reality. However, such a vision serves the interests of the American espionage and the Pentagon, since it creates conflicts between Brazil and China and is thus adapted to Washington's policy of war.