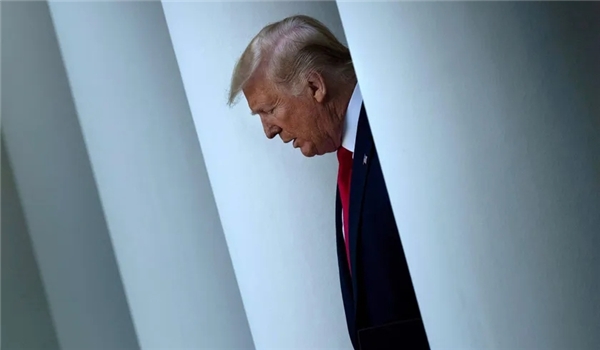 TEHRAN (FNA)- Iranian Deputy Foreign Minister Mohsen Baharvand said the United States is attempting to destroy Joint Comprehensive Plan of Action (JCPOA) and cause turmoil in the region, adding that this irrational conduct will end in failure of nations in the region and beyond.

Bahravand referred to the recent efforts by the US to extend Iran’s arms ban (expiring in October), including the Special Representative for Iran and Senior Policy Advisor to Secretary of State Mike Pompeo Brain Hook’s tour to the region, and said that these moves are aimed at destroying JCPOA (Iran Nuclear Deal) and making the region turbulent.

The regional and world countries shouldn’t be deceived by the US, he noted adding, “Americans know it well that Iran is a logical player and has never been a security threat for the regional nations.”

The official emphasized that Washington has propagated and behaved during the recent months in a bid to portray Iran as a threat to regional security and ultimately extend the arms sanctions against Tehran.

The US State Department, issuing a statement on Tuesday, announced that Hook is going to visit European officials, including British Prime Minister Boris Johnson. The statement adds that Hook will start his tour from Estonia.

The US State Department added that Brian Hook will urge Washington’s allies in Europe to give positive vote on the UN Security Council Resolution 2231 regarding Iran’s arms embargo.

The statement went on to say that US official had travelled to Tunisia, Qatar and Kuwait to convince the officials of these three countries that Iran is a security threat in a bid to extend the arms ban against Iran.

Brian Hook had once said that the US’ effort to extend the arms sanctions on Iran is to counter what he called “Iran’s proxy job against American interests” in the region.

In mid-July, Iranian President Hassan Rouhani warned the Group 4+1 (France, Britain, China and Russia plus Germany) that the US-desired extension of arms embargos against Tehran will deal a heavy blow to international laws and multilateralism.

Related News
Iran Rejects Report on European Call for Temporary Lifting of US Sanctions
Gov't Spokesman: Iran Not to Tolerate US Further Provocations
Top Security Official Calls on US to Acknowledge Defeat Rather Than Continuing Bluffs
Iranian, Russian Presidents Discuss Development of Ties, Confrontation against US Unilateralism
President Cautions G4+1 against Damages of Extending Iran's Arms Embargos
DM: US Not Able to Extend Arms Embargos against Iran
FM Zarif: US Isolated in Anti-Iran Drive
Senior Foreign Policy Chief: Iran Never to Give in to US Bullying
Spokesman: US Attempts to Extend Iran Arms Embargos Doomed to Failure
IRGC Commander: Arms Embargo Not to Affect Iran's Defense Power
Iran Cautions UNSC to Avoid Making More Mistakes to Appease US
LATEST STORIES (4)