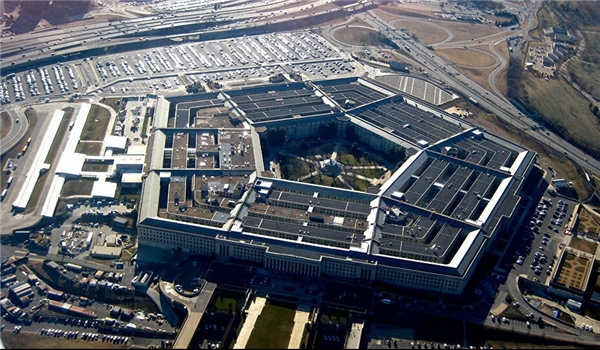 TEHRAN (FNA)- The US Senate has passed its version of the National Defense Authorization Act, allocating $740.5 billion to the Pentagon regime.

The bill was passed a day after an amendment proposed to cut the Pentagon’s budget by 10 percent and redirect that funding toward significant investments in education, healthcare, and housing in poor communities. This was rejected in the Senate, with a majority of Democrats siding with the GOP.

As it happens, in an age of American bankruptcy in militarism and unilateralism, the Pentagon planners and accountants are once again trying to shape their military budget by new manufactured national security threats that they would very much like to believe could come from Russia, China, Iran and other independent nations.

We rate their claim half true: Upping their tally of lies, the regime changers are so desperate to justify a rising US military budget, to manufacture brand new convenient enemies, and to take sole credit for creating a new national security economy for the United States.

They imagine this could happen if they could go the extra mile on the Capitol Hill and roll out manufactured threats, or prolong their permanent war on the planet - the same overseas conflicts President Donald Trump says “we spent $7 trillion - trillion with a T - $7 trillion in the Middle East. You know what we have for it? Nothing. Nothing."

Here is the curious thing, though. In a flight of flattery, they could be right. The allied forces of big industry, big science, and big military-industrial complex, who have turned many sovereign nations into failed states in the Middle East and are still fighting overseas war from 9/11, cannot afford to ignore their sworn enemies.

However, the technological breakthroughs and economic contributions of their enemies are not leading the ever increasingly degraded planet to yet more grandiose war footing, yet more destruction, and yet wider global despair, but to shared growth, shared security, and ever safer living.

So this one goes to the present occupants of the Pentagon and a country trapped in an endless cycle of avoidable financial bankruptcy and global seclusion: This is a whole new universe, in which when the bankrupt United States sneezes, the rest of the world no longer catches cold; everyone just gets the flu shot. Just take a good like at how the COVID-19 pandemic managed to cripple the US in such a short period of time.

The ruling is that there are large uncertainties in predicting that other nations would ever follow the same unilateral, self-defeating road to bankruptcy and isolation amid the coronavirus outbreak, and as the War Party and Pentagon accountants and bureaucrats would like to take all over again – ahead of “misappropriation, fraud, theft, overruns, contracting corruption and other abuses that are almost certainly still going on.”

To a remarkable degree, for the warmongers the serious concern shouldn’t be curbing the coronavirus outbreak, or funding toward significant investments in education, healthcare, and housing in poor communities, but the War Party itself, the same party that’s still fighting the retired generals’ and former presidents’ wars, and as a consequence alienating frustrated and “frightened” friends and allies in Europe and now Asia.

In all fairness, the United States has been destabilizing and militarizing not just Asia and the South China Sea or the Middle East but the entire planet. This is not something new under the sun. Just take a good look at the new Pentagon budget.

It is intended to manufacture new national security threats, prolong the endless war, leave generals to do their damnedest with a far longer list, and to expand the military-industrial complex with obviously more recommitment to doing more of the familiar, more of what, by the way, has taken the United States nowhere but to self-isolation and defeat.