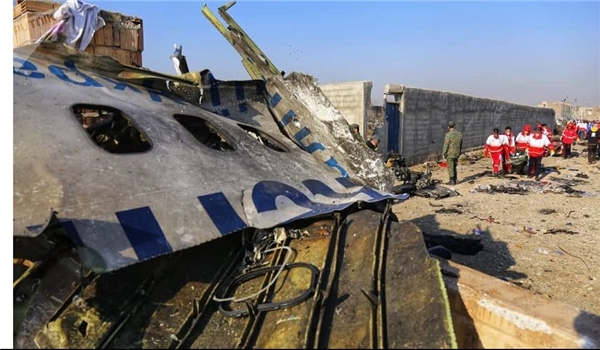 Iranian delegation in a statement announced that the technical measure with regard to decoding black boxes of the Ukrainian plane flight PS752 were finished in BEA laboratory on Thursday.

The decoding process was finished under the supervision of Iran and by using French equipment and experts.

In addition to Iranian delegation, representatives of National Transportation Safety Board (NTSB) and Boeing as designer of the plane, Ukraine as user of the plane and France as the country which presented technical services attended the process.

The decoded data will be used for finalizing the information and presenting security advice to prevent accidents in the future.

In relevant remarks earlier this month, Deputy Foreign Minister for Legal and International Affairs Mohsen Baharvand said that an Iranian delegation would visit Kiev next week to discuss the issue with the Ukrainian side.

As the country in which the tragic accident happened, Iran has done its best based on international and domestic regulations and also Chicago Convention on International Civil Aviation to tackle the issue, he added.

Iran invited other countries but because of the COVID-19 outbreak they declined to come so Tehran had to send the black boxes to France, the Iranian diplomat said.

The French government transmitted information of black boxes to Paris and delivered them to the Bureau of Enquiry and Analysis for Civil Aviation Safety (BEA), Baharvand reiterated.

It happened after the US terrorist attack against motorcade of Lieutenant General Qasem Soleimani, late anti-terror Commander of the Islamic Revolution Guards Corps (IRGC) Qods forces and his companions near Baghdad airport on January 3, 2020.