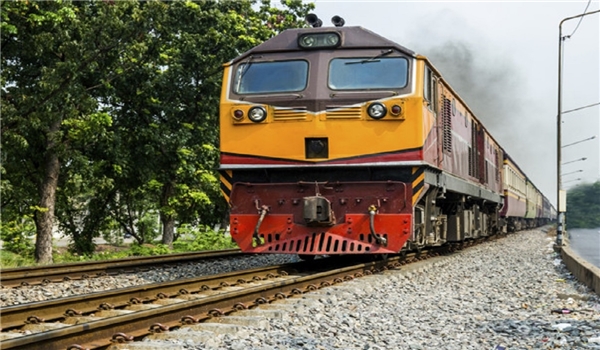 Rasouli underlined the long record of mutual cooperation between Iran and India as well as the deep-rooted ties between the two countries especially on the issue of transit and hybrid transportation.

He said preliminary steps have been taken by both countries to cooperate in East-West Corridor of the Caspian Sea and North-South Corridor.

The official added that based on the guidelines of the Supreme Leader of the Islamic Revolution Ayatollah Seyed Ali Khamenei, the railroad transportation should be expanded broadly.

Ambassador Dharmendra, for his part pointed to the four meetings of Indian Prime Minister Narendra Modi with President Hassan Rouhani and said this proves their determination to promote bilateral ties.

He also expressed happiness that 18 months of cooperation between the two countries in Chabahar port has had good progress.

In relevant remarks earlier this month, Rasouli said that Chabahar-Zahedan railway can be used for transit of goods between India and Russia.

Rasouli made the remarks after a project kicked off on July 7 for laying railway route between Chabahar and Zahedan in Southeastern Iran.

"This strategic railway will be 628km long," Rasouli said.

The government plans to increase the capacity of Chabahar Port from 2.5 million tons to 8.5 million tons which also requires the completion of the country’s east railway corridor to facilitate the transfer of commodities from the port city.

Rasouli said that Zahedan-Chabahar railway is a strategic railway both nationally and regionally which is of special significance as a part of North-South corridor.

Chabahar, the sole Iranian oceanic port, is an important area on the Persian Gulf and Sea of Oman shores and in North-South Corridor.

It is located in the East-West transit path and is of importance with regard to transit and trans-shipment of goods.

Chabahar has turned out to be a vital area for sending Indian products to Afghanistan and Central Asia.

The Indian government has allocated about $14 million budget for development of Chabahar Port in 2020-2021 which had a two-fold rise compared to the last year.