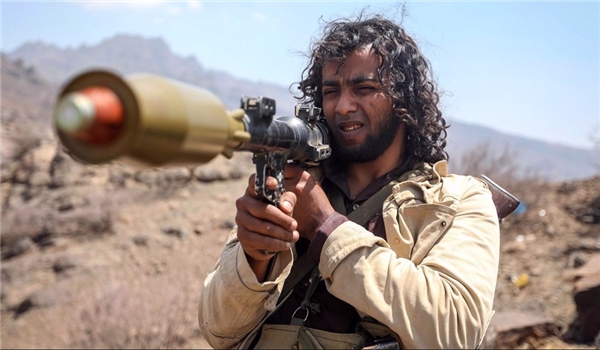 The Arabic-language al-Khabar al-Yamani news website quoted an informed military source in Yemen’s army as saying on Saturday that the army will use these weapons in the technological field to develop its military power.

“The weapons might be sent to the technological department of the defense industry,” he added.

Yemen’s armed forces spokesman Brigadier General Yahya Saree revealed on Tuesday a large quantities of US weapons seized during the recent campaign against the Saudi-mercenaries in Al-Baidha governorate.

“Over the past few days, Yemeni Armed Forces have discovered large quantities of US-built munitions at the positions of Saudi mercenaries while conducting clean-up operations in Al-Baidha and other fronts,” Brigadier General Yahya Sare'e said at a press conference broadcast live from the capital Sana’a on Tuesday afternoon, Al-Masirah reported.

“The weapons had the logo of the so-called United States Agency for International Development (USAID) on them,” Saree said, adding that USAID supports and funds organizations in Yemen to collect classified information under the guise of humanitarian activities.

“This is the US assistance to the Yemeni people, and this is the reality of this organization that is trying to impose its decision on the Yemenis and is playing suspicious roles.”

The spokesman displayed pictures that showed the 105-caliber Hauser and 75-caliber artillery shells with the USAID logo, pointing out that these scenes are not only for the Yemenis but for all the free people in this world to know the truth of the American role.

“This is the United States of America, that has not only supported the coalition of aggression militarily, logistically, and intelligence in its war and aggression against Yemen, rather, it even made organizations, claiming that they work for development and for humanitarian aid, use the funds granted to them in carrying out military activities like the US Agency for International Development.”

Saree called on the Supreme Council for the Administration and Coordination of Humanitarian Affairs and International Cooperation to expose USAID’s affiliation to the US State Department, and the fact that the agency has been actively collaborating with the Saudi-led aggression in the massacre of Yemenis under the pretext of humanitarian aid.

“This agency is directly affiliated with the US State Department and works for the enemies of Yemen, it is killing the Yemenis under the slogan of their assistance.

“Our people are being killed by US-made weapons. Our people are going through ordeals because the USA supports its tools in the region, the Saudi and the United Arab Emirates (UAE) regimes, and pushes them to implement its agenda and policies, and to serve the interests of the Zionist regime in the region,” Saree added.