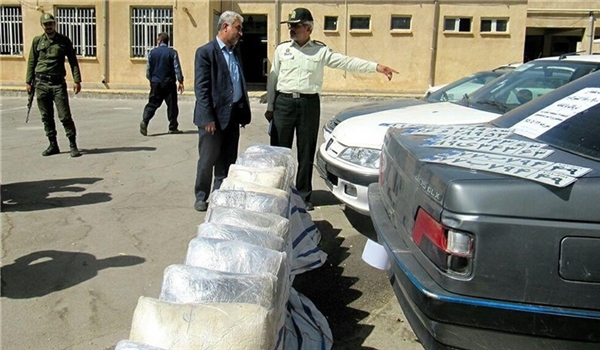 The drug haul was discovered in a car on route to the North of the country, General Shoja said on Saturday.

Two drug-traffickers have been arrested and handed over to the judicial officials, he added.

Two vehicles have also been seized in this regard, the commander said.