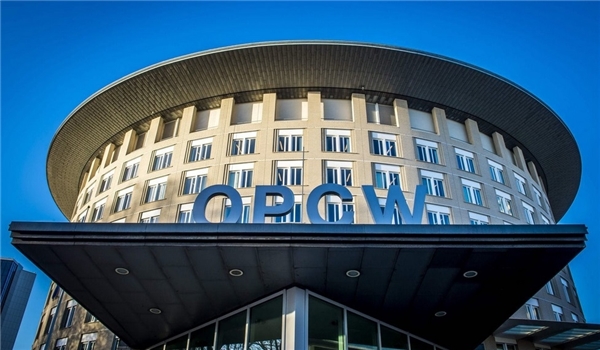 “The decision is unbalanced, politically-tainted and unacceptable and is a step towards politicization of the OPCW and creating rift among its members,” Kazemi Abadi said, after a vote of 29-3 which was opposed by Iran.

The decision was adopted by the politically-divided 41-member Executive Council of the OPCW in The Hague. Nine countries abstained.

Kazemi Abadi said that the new decision has ignored Syria’s extensive efforts to cooperate with the OPCW which had earlier been emphasized in the Organization’s reports.

He added that many countries which have supported the vote are those which had supplied former Iraqi dictator, Saddam Hussein, with chemical weapons to be used against the Iranian and even Iraqi people.

Late last month, the Iranian Foreign Ministry in a message commemorated the 1987 gassing of Sardasht city in Western Iran, and added that the country will never forget the American and European complicity in Saddam’s crimes.

"We did & will never forget the support & complicity of US/Europe in the horrible attack by Saddam," it added.

"We did & will never forget the UNSC silence on this heinous crime. We rebuild whatever they destroyed," Iran’s Foreign Ministry stressed.

Tens of thousands of Iranians were killed and wounded by chemical weapons during the 1980-1988 Iraqi imposed war on Iran. Around 100,000 Iranians are still living with the effects, which include long-term respiratory problems, eye and skin problems as well as immune system disorders, psychological disorders, genetic disorders, and probably cancers.

Sardasht is a city in Northwestern Iran. According to the 2006 census, its population was 37,000. It lies in the West Azarbaijan province. It was the first city in which civilians were attacked with chemical weapons by former Iraqi dictator, Saddam Hussein during the imposed Iraqi war on Iran.

The population of Sardasht is Kurdish. The city is also known for the many villages around it and their reliability on the city's market.

Sardasht was the first town in the world to be gassed. Out of a population of 20,000, 25% are still suffering severe illnesses from the attacks.