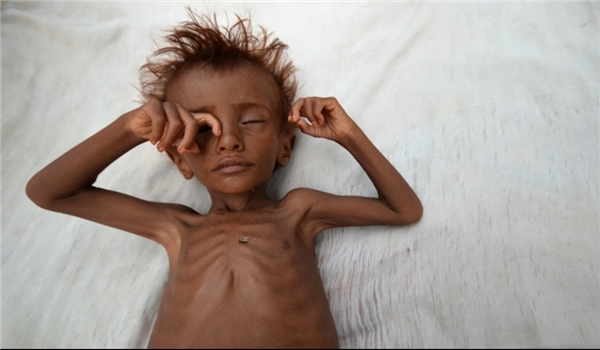 TEHRAN (FNA)- The United Nations warned that almost 10 million Yemenis are facing acute food shortages in the impoverished Arab country, stressing that urgent action is needed to avert a famine there.

In a statement on Friday, the UN’s World Food Program (WFP) said it in urgent need of $737 million to end of the current year to keep its humanitarian aid program running in the war-ravaged country, according to presstv.

The UN has already said that Yemen struggles with the world’s worst humanitarian crisis.

“The humanitarian situation is deteriorating at an alarming rate, pushing people to the edge,” said Elisabeth Byrs, the WFP spokeswoman in a virtual briefing in Geneva, Switzerland.

“We must act now. If we wait for famine to be declared, it will already be too late as people will already be dying,” she stressed, adding that the famine warning signs were already present.

Saudi Arabia invaded Yemen in March 2015 to restore power to its former regime and crush the popular Houthi Ansarullah movement, whose fighters have been of significant help to the Yemeni army in defending the country against the invaders.

The ongoing war has killed tens of thousands of Yemenis and pushed the entire country close to the brink of famine. The brutal military intervention has also taken a heavy toll on the country’s infrastructure, destroying hospitals, schools, and factories.

The imposed war initially consisted of a ceaseless airstrike campaign but was later coupled with a crippling naval and aerial blockade and the deployment of ground mercenaries to Yemen.

“Yemen is facing a crisis on multiple fronts. Imports have declined, food prices are soaring, the riyal is in freefall, and foreign currency reserves are nearing total depletion,” Byrs added.

According to the WFP official, more than 20 million Yemenis are food insecure in the Arab country, of which some 13 million people receive humanitarian food assistance.

Furthermore, two million children, plus a million pregnant or breastfeeding women, are in need of treatment for acute malnutrition, Byrs said.

She also said that her respective organization’s distributions of aid were down to once every other month in Yemen’s North, expressing hope that the UN agency would not have to do the same elsewhere.

The COVID-19 pandemic is also raging unchecked in the war-torn country.