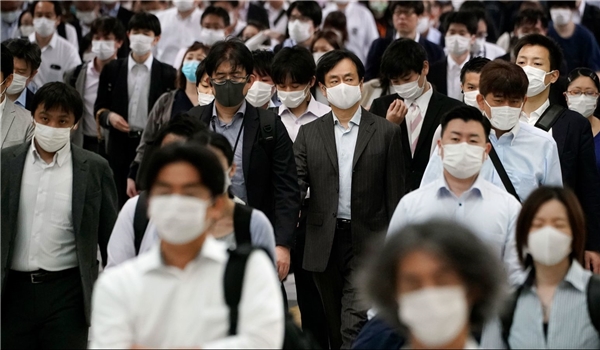 The latest figure tops the single-day record of 224 set the previous day, which was based on around 3,400 tests, according to the metropolitan government, Kyodo News reported.

Tokyo has been striving to stem a rebound in infections since a nationwide state of emergency was completely lifted in late May. The pace of increase in virus infections in Japan had slowed after new cases in the capital peaked at 206 on April 17.

On Wednesday, 75 cases were reported in Tokyo, dropping to double digits for the first time in seven days.

At over 7,000 cases, Tokyo makes up around a third of the total number of confirmed cases in the country.

The sudden spike has left many people wary of a second wave of infections. The nationwide total stands above 20,700, excluding 712 from the Diamond Princess cruise ship, quarantined near Tokyo in February.

Economic Revitalization Minister Yasutoshi Nishimura, also in charge of the response to coronavirus, stressed Japan's medical system is not under the same strain as before, saying the situation is "different from when the state of emergency was declared in April".