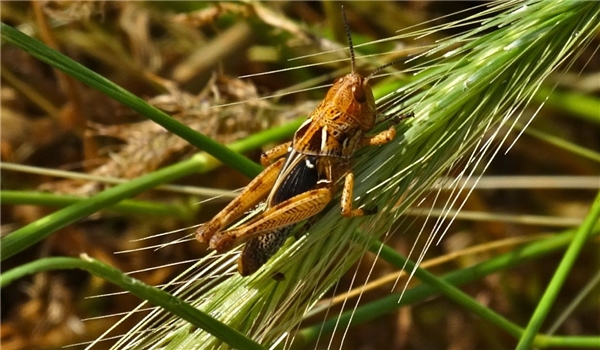 TEHRAN (FNA)- A diplomat with the Iranian embassy in Islamabad said that persistence of unfriendly behavior towards Iran would harm other countries, especially neighbors, with regard to the desert locust challenge.

Somayeh Karimdoost made the remarks during a briefing to the diplomatic community by the National Locust Control Centre (NLCC), in Islamabad on Friday with Pakistani officials, envoys and representatives of international organizations in attendance.

Karimdoost said that officials of Iran and Pakistan have been in touch on the issue, adding that the two countries have also prepared a charter to deal with locust issue. Meanwhile, she criticized external interference for impeding the implementation of bilateral mechanism.

She called on the World Food Organization (WFO) and Food and Agriculture Organization (FAO) of the UN for further assisting of countries affected by desert locusts and facilitating cooperation among them.

The diplomat said despite the shortage of pesticide spraying aircraft due to uncooperative approach of some countries, Iran has made every effort to control locust attacks and help its neighbors to prevent being hurt.

Director General at the UN Division of the Foreign Office Farrokh Iqbal Khan, for his part, said Pakistani officials are in contact with their Iranian counterparts on the issue.

He said Pakistan is committed to lift every barrier to fight the locust attacks.

National Coordinator NLCC Lt. General Moazzam Ejaz also said that officials of the center are in constant contact with other countries, especially Iran, to deal with the desert locusts.

“We are also processing Iran’s request for the pesticides,” he said.

Iran’s envoy to Pakistan Seyed Mohammad Ali Hosseini said that desert locust attacks have endangered the food security of millions of people, adding that strengthening of cooperation between Tehran and Islamabad would help the two countries to deal with the problem.

In relevant remarks last month, the Food and Agriculture Organization of the United Nations (FAO) warned that while the world fights to slow the spread of COVID-19, the worst pandemic experienced in a century, countries in South and Southwest Asia are simultaneously responding to plagues of pests which threaten to worsen hunger and the livelihoods of millions of people.