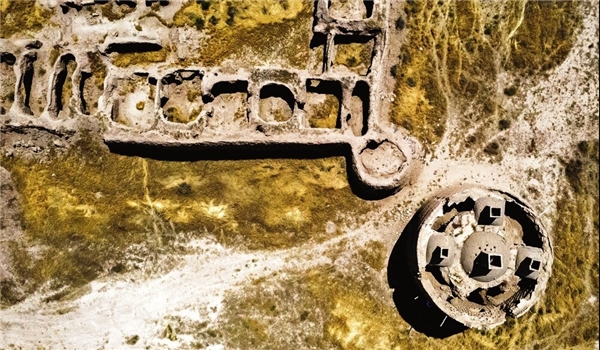 TEHRAN (FNA)- The ruins of 21 millennia-old human settlement were recently discovered during the "most extensive" systematic field research conducted so far in the Central Iranian plateau.

A recently conducted research suggested that the earliest settlement in the region dates to the New Stone Age (or the Neolithic era, approximately characterized by the adoption of agriculture) and the latest one dates back to the Safavid dynasty (1501-1736).

In a relevant development on Wednesday, Director General of Cultural Heritage, Handicrafts and Tourism Organization of Lorestan Province Ata Hassanpour told reporters that a new ancient site with Persian architecture dating back to Safavid rule from 1501 to 1722 was discovered in Western Iranian province of Lorestan.

Hassanpour said that the ancient site is located in Aligoudarz in the Southern part of Lorestan province.

The latest archeological excavations revealed that the site includes stone carpeted road, four bridges, remains of a historical castle, a windmill and a clay tablet bearing inscription from Safavid era, the official said.

The unearthed stone carpeted road with length of about tens of kilometers is part of an ancient tribal route built as a development project with four bridges on several lakes on the way of migration of tribes during Safavid era, the official added.

Asked about identity of the inscription tablet, the archeologist said it dates back to 1680s.

TEHRAN (FNA)- Azar oilfield is on the verge of attaining production capacity of 65,000 barrels of oil per day by using the ancillary facilities of the Central Processing Facility (CPF), an energy official announced.
﻿
﻿
Sections