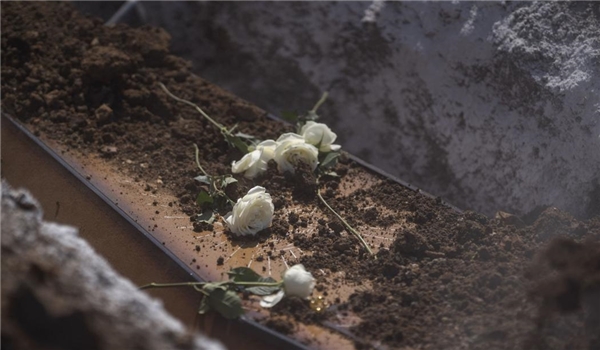 Without mentioning the United States by name, WHO officials indicated that they are worried about the country’s current surge in coronavirus cases, CNBC reported.

“Not only Brazil, but the whole Latin America doesn’t look good. Cases are on the rise. Deaths are on the rise. And even North America, Mesoamerica, except for Canada. Canada is doing better,” said Tedros Adhanom Ghebreyesus, director-general of the United Nation’s health agency.

Mesoamerica encompasses parts of Mexico and Central America. North America includes Mexico, Canada, Greenland and the United States. Greenland is the only nation out of those four that doesn’t have any active COVID-19 infections. In fact, it had just 13 cases total, all of which have since recovered, according to WHO data.

“We’re concerned. In the rest of the world ... the virus is leveling off,” Tedros continued, adding that some countries outside the Americas are showing progress in containing the pandemic.

“But many countries are actually having more cases and deaths are on the rise,” he stated.

Cases in the US have more than doubled since mid-May, infecting more than 2.9 million people and killing at least 131,000 so far, according to data from Johns Hopkins University.

Several states including Florida, Texas and California have hit record highs in the daily number of new cases over the past weeks. The outbreaks continue to grow worse as the country grapples to reduce the infection rate.

“We’re concerned. In the rest of the world, although I say that deaths are leveling off because some countries are showing some progress, many countries are actually having more cases and deaths are on the rise. So it’s very important to understand the seriousness of this virus and to be really serious,” Tedros said during a news briefing at the agency’s headquarters in Geneva.

Brazil continues to deal with one of the world’ worst oubreaks of COVID-19, second only to the US for the most confirmed cases. The country has seen more than 1.6 million infected patients and 67,000 total deaths due to the virus.

Earlier Tuesday, Brazilian President Jair Bolsonaro announced that he tested positive for the coronavirus, shortly after the presidential palace said he had been displaying symptoms associated with the disease.

Bolsonaro reportedly also confirmed that he is taking hydroxychloroquine, a malaria drug touted by President Donald Trump as a possible preventive treatment for the disease, as well as azithromycin. Neither drug has been proven to be an effective prophylactic or treatment for COVID-19, and the Centers for Disease Control and Prevention (CDC) has removed hyrdroxychloroquine’s emergency use authorization to treat the virus.

Tedros wished the president a fast recovery during the news briefing, noting, “I hope the symptoms will be mild and his excellence will be back to office as soon as possible to support his country."