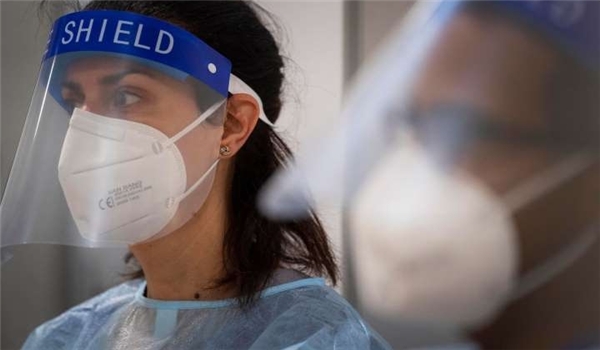 The public accounts committee on Wednesday insisted that ministers should return after the summer with a detailed explanation of how they plan to stock the NHS and care sector with gowns, masks, eye protection and gloves, The Guardian reported.

MPs on the cross-party committee said they were “extremely concerned” by shortages of personal protective equipment (PPE) during the first wave of the COVID-19 pandemic and said the government was still developing plans for replenishing current stocks if there was a further outbreak.

It follows a national outcry during the pandemic when some health and care workers were forced to improvise – sometimes using rubber gloves and bin liners – while treating those with the disease.

More than 300 health and care workers have so far died of COVID-19, and many NHS staff groups and families claim that inadequate PPE played a key role in exposing them to the virus.

Meg Hillier MP, the chair of the committee, stated MPs had looked at the previous failure to buy in protective equipment for the first wave, and were demanding to see the government’s plans in advance.

“The government conducted a large pandemic practice exercise in 2016 but failed to prepare. The previous committee warned on the lack of plans to ensure access to medicines and equipment in the social care sector in the event of a no-deal Brexit, but, again, the government failed to prepare. There must be total focus now on where the problems were in procurement and supply in the first wave, and on eradicating them,” she added.

The committee announced it remained concerned that there had been a failure to acknowledge previous PPE shortages.

“The department [of health and social care] says that it buys the vast majority of its PPE on international markets and will continue to do so. Although the department says it is committed to building up stocks to meet longer-term demand, we were not convinced that it was treating the matter with sufficient urgency,” the report said.

The committee added the governance arrangements for procuring and distributing PPE were “unclear” while “uncertainty prevails” around future local provision.

“The department should write to the committee within two months to clarify its governance arrangements and outline at what point in the future it expects to have a predictable supply of stock and ready access to PPE supply within the NHS and care sectors,” it announced.

The report also examined NHS capital expenditure, and found that the government had provided “significant” additional funding during the crisis – including writing off £13.4bln in loans – but had not addressed the underlying problems of financial sustainability.

It added NHS trusts and foundation trusts were faced with a combined net deficit of £827 million for 2018-19.

A spokesperson for the Department for Health and Social Care stated the government would continue to give the NHS “whatever it needs” to protect it for the future and did not accept the committee’s findings on the supply of PPE.

“We have been working round the clock to deliver PPE to the frontline throughout this global pandemic, working with industry, the NHS and the armed forces to create a distribution network to supply over 58,000 settings,” the spokesman noted.

“Two billion items of PPE have now been delivered and almost 28bn items have been ordered from UK-based manufacturers and international partners to provide a continuous supply, which will meet the future needs of health and social care staff,” he continued.