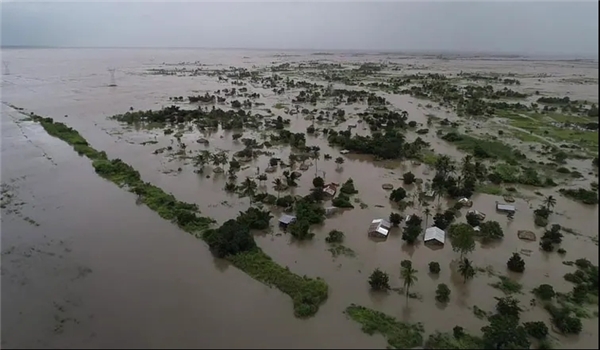 TEHRAN (FNA)- The Gulf of Mexico and US East Coast should brace for a heavy slate of hurricanes, after a top US climate researcher predicted one of the most active years on record for tropical storm activity in the Atlantic Basin.

The Atlantic tropical storm season runs from June through November and has 30-year averages of 12 named storms and six hurricanes, but the Colorado State University climate research center on Tuesday raised its forecast to 20 tropical storms, including nine that will develop into hurricanes, according to RT.

“We anticipate an above-normal probability for major hurricanes making landfall along the continental United States coastline and in the Caribbean,” hurricane researcher Phil Klotzbach stated.

There have already been five named storms this year, including two that hit the US, the fastest start to the season since record keeping began in 1851.

Colorado State, which predicted 19 tropical storms a month ago, announced water temperatures and wind conditions are ripe for stronger systems to develop.

Twenty named storms would mark the highest total since there were a record 28 in 2005, including Wilma, the strongest hurricane ever measured. Fifteen storms made landfall that year, including seven in the US. Nearly 1,400 people were killed in the US. About 1,200 of those deaths were caused by Katrina, the deadliest hurricane to hit the country since 1928, according to the National Hurricane Center in Miami. US property damage totaled $104 billion.

The National Weather’s Service’s Climate Prediction Center reported in May that it expects 13 to 19 named storms this year, including six to 10 hurricanes. This year’s storms have already disrupted Gulf oil platforms, which account for about 16 percent of US crude production.