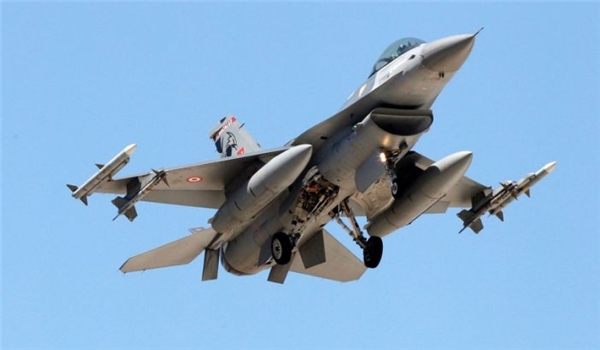 Sens. James Lankford, R-Okla.; Jeanne Shaheen, D-N.H.; Thom Tillis, R-N.C.; and Chris Van Hollen, D-Md., complained in a letter to Defense Secretary Mark Esper on July 6 that the Pentagon’s plans to buy parts from Turkey into 2022 undercuts US pressure on the country over its purchase of the Russian S-400 Triumf air defense system, Defense News reported.

The US formally removed Turkey from the multinational program in 2019 over the S-400 deal, and it ended training on the jet for Turkish pilots. Furthermore, the 2020 National Defense Authorization Act barred the transfer of F-35 aircraft to Turkey. The US has warned that Turkey’s use of the S-400 could compromise the stealthy F-35.

But Under Secretary of Defense for Acquisition and Sustainment Ellen Lord told reporters in January that it would allow prime contractor Lockheed Martin and engine-maker Pratt & Whitney to honor existing contractual obligations with Turkish manufacturers for F-35 components. That means Lockheed would receive Turkish parts through the end of Lot 14, with those planes set to be delivered to customers in 2022.

Turkish manufacturers were involved in building more than 900 parts for the F-35, and Pentagon officials said in November that it had found replacement suppliers for nearly all of them. Moving production from Turkey to the US was projected to cost more than $500 million in nonrecurring engineering costs.

The lawmakers pointed to Turkey’s authoritarian drift under Turkish President Recep Tayyip Erdogan and to human rights violations in Syria and Iraq. Though it wasn’t mentioned in the letter, CNN broke news last month that Erdogan had pressed US President Donald Trump in frequent phone calls for policy concessions and other favors, worrying Trump’s national security advisers.

The lawmakers argued to Esper that continuing to buy parts violates the 2020 NDAA and its “clear diplomatic message to Turkey about the consequences of moving forward with Russian defense systems and technology.”

“Based on recent revelations, it is clear that the Pentagon is not following its own timeline or the intent of Congress in this matter,” the letter read.

“We encourage you to reexamine the present approach and take action to ensure an expedited removal of Turkey from the manufacturing line as required by law,” according to the letter.