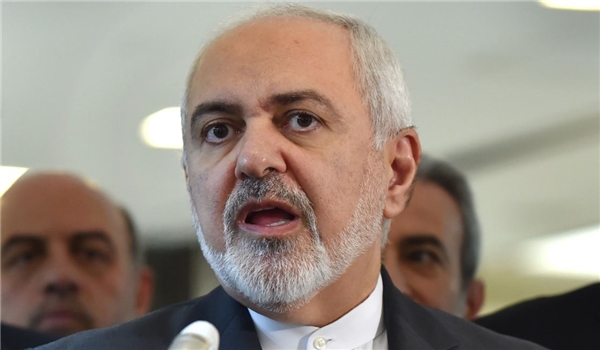 "Iran and Russia are determined to deal with unilateral and illegal approaches to resolve global crises,” Zarif wrote on his Twitter page on Tuesday after a meeting with his Russian counterpart Sergey Lavrov in Moscow.

He explained that his remarks are part of a "joint statement with FM Lavrov in Moscow today, where we reaffirmed commitment to international law as US and cronies attack foundation of international relations at IAEA and Security Council".

Zarif in a joint press conference with Lavrov on Tuesday had blasted the US and its allies' attempts against Iran at the International Atomic Energy Agency, saying that Tehran will not allow them to make an instrumental use of the IAEA.

"We will not allow an Iran investigations based on documents that rise from espionage claims. We thought that the Agency values its credibility. We still believe in transparency. We welcome the Russian government's initiatives to strengthen Iran-IAEA relations and we will not allow the Agency to turn into an instrument for those who want to annihilate the nuclear deal and all international undertakings," Zarif told reporters.

"We do not allow a country whose policy is withdrawal from international agreements to use international organizations to pressure Iran," he added.

Zarif said that the US is directly annihilating international laws by pressuring the secretariats of international organizations, adding that 15 reports by the IAEA have shown that Iran has fully cooperated with the UN nuclear watchdog.