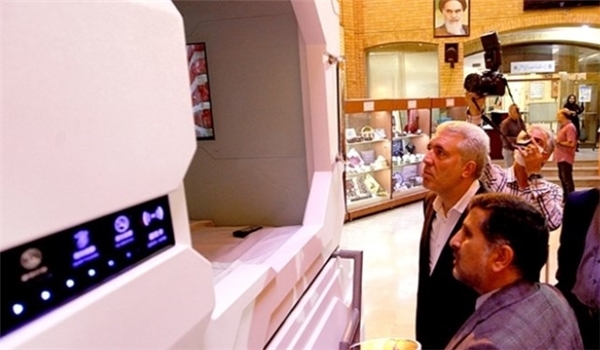 TEHRAN (FNA)- Iran on Saturday unveiled the first prototype of a pod hotel capsule in the presence of Minister of Cultural Heritage, Tourism and Handicrafts Ali Asqar Mounesan.

"Using this type of residential places can be used as a new form of sheltering in the field of tourism," Mounsan said.

Iran is due to launch 200 capsules in different cities, including Tehran, Mashhad, Isfahan, Shiraz and Tabriz to be used as a short-time residential and resting place for the tourists, another tourism official said.

A capsule hotel, also known as a pod hotel, is a type of hotel developed in Japan that features many small bed-sized rooms known as capsules.

The guest room is a chamber roughly the length and width of a single bed, with sufficient height for a hotel guest to crawl in and sit up on the bed. The chamber walls may be made of wood, metal or any rigid material, but are often fibreglass or plastic.

Amenities within the room generally include a small television, air conditioning, an electronic console, and power sockets. The capsules are stacked side-by-side, two units high, with steps or ladders providing access to the second level rooms, similar to bunk beds. The open end of the capsule can be closed with a curtain or a solid door for privacy, but can be locked from the inside only.

Like a hostel, many amenities are communally shared, including toilets, showers, wireless internet, and dining rooms.

TEHRAN (FNA)- The Pentagon sent a number of armored vehicles, radar systems and additional troops to Syria in a show of force, bolstering the US military presence in the country following a run-in with Russian forces last month.
﻿
﻿
Sections