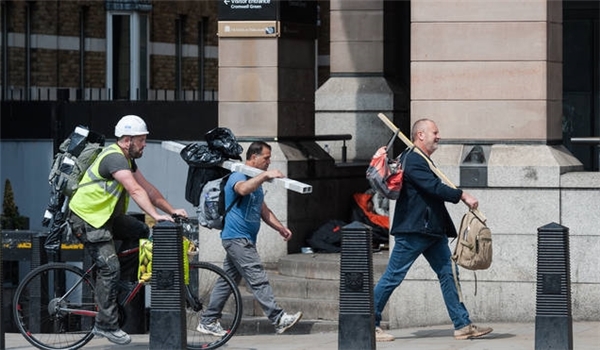 TEHRAN (FNA)- Most people believe returning to work will put their family at risk because of the continuing coronavirus crisis, according to a study.

A survey of 3,500 workers by the GMB union found that four in five voiced concerns about going back to work as the lockdown eases, The Guardian reported.

Almost two in three said they were worried about being pressured into returning to work, and most described advice as “unclear”.

The GMB said it discovered “disturbing” comments from workers being bullied into returning, while some voiced fears about their safety.

Comments included, “The manager where I work – who has not set foot on the premises since the outbreak of the pandemic – recently sent an email instructing staff not to use PPE (masks) unless service users are infected. Management need to come back to the yard instead of barking orders from the safety of their homes.”

John Phillips, the acting general secretary of the GMB, said, “We need a safe and managed return to normal working, but that isn’t happening yet."

“Those facing going back to work need reassurance their welfare and those of their families is being put first, but too many are living in fear of the danger they and their loved ones are now facing," he added.

“The government’s unclear advice and failure to enforce workplace standards means risky behaviour by some employers could see all of us punished with a resurgence of the virus that could destabilise our country’s recovery," Phillips said.

“It’s on ministers to get this right. They need to be led by the evidence and provide clear plans for the safe return to work,” he added.