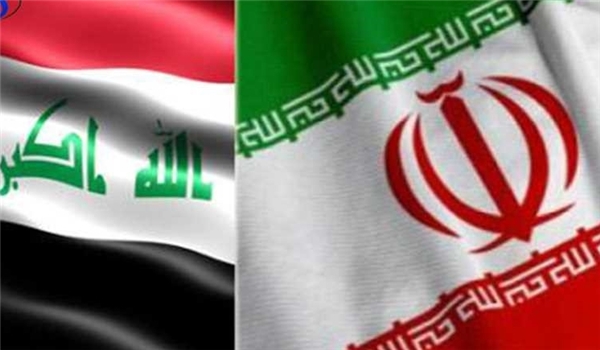 Jahangiri made the remarks in a phone call with Iraqi Premier Mustafa al-Kadhimi on Thursday evening.

He said Iran has always stressed its support for independence, national sovereignty, territorial integrity, and political stability of Iraq.

Slamming the presence of foreign forces as escalators of regional tension, he expressed happiness on passing a resolution by the Iraqi parliament about the withdrawal of foreign troops.

Referring to the coronavirus outbreak, Jahangiri said that fortunately, the Iraqi government and people have had good success in fighting the virus.

The vice president added that Iran has also acted well in combating the coronavirus, and is ready to share experiences with Iraq.

Mustafa al-Kadhimi, for his part, said that the two countries should further boost their cooperation and interaction in a bid to overcome the challenges ahead, such as coronavirus and economic problems.

He also stressed the need to continue the meetings of the High Commission for Cooperation between the two countries, saying that Iraq will try to tackle the existing challenges.

In relevant remarks on May 17, Iranian President Hassan Rouhani said stability in Iraq is important, and stressed the need to boost Tehran-Baghdad ties.

Today, the regional countries are facing many problems, he said, adding, "Bolstering all-out relations and cooperation between friends can be a way to overcome problems."

"The Islamic Republic of Iran stands by the Iraqi government and nation like before, and favors protecting Iraqi sovereignty and non-interference of foreign powers in the future of the country’s government and people," he noted.

Iraqi president, for his part, congratulated the arrival of Eid al-Fitr in advance, stressing the need for further development of relations and cooperation between the two countries.

Referring to the importance of Iran-Iraq political relations, he said, "The stability and security of Iraq require cooperation between friendly and neighboring countries, especially with the Islamic Republic of Iran."

Rouhani, during a phone contact, congratulated al-Kadhimi on his appointment as the new Iraqi premier, adding that, “Iran pays special attention to the friendly and neighboring country’s independence, political stability, national sovereignty, and unity.”

He expressed hope that Iran-Iraq cooperation will be expanded in the future.