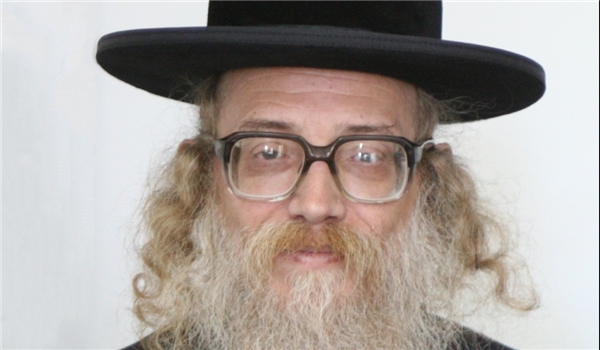 In an exclusive interview with FNA, Rabbi Hirsch said the true believers of Judaism and directives of Torah never want to be a part of Zionism, adding, “Opposition [to Zionism] was based on Torah’s directives to Jews in exile never to rise up on their own or create their own state, and never to fight wars against other nations. When the state [of Israel] was eventually created in 1948 by expelling the Palestinian people and oppressing those who remained, the rabbis opposed that."

Rabbi Yisrael Meir Hirsch, a prominent scholar and religious authority, is the Leader of Neturei Karta, a religious community of Haredi Orthodox Jews based in al-Quds. Rabbi Hirsch has long resisted Zionism.

Q: People may find it strange to see that Rabbis accompany protesters on Nakba Day, or demonstrators on al-Quds Day. Why do a large number of Rabbis participate in such events?

A: The fact is that since Zionism was founded, almost all Orthodox Jewish rabbis and their followers opposed it. Their opposition was based on Torah’s directives to Jews in exile never to rise up on their own or create their own state, and never to fight wars against other nations. When the state was eventually created in 1948 by expelling the Palestinian people and oppressing those who remained, the rabbis opposed that because Torah forbids stealing [properties of] others or mistreating them.

Some people assume that because Orthodox Jews live in the state of Israel, they must support it. But actually, these Jews are mostly descended from old communities that had been living in Palestine prior to the Zionists arrival. They are [the] true Torah observant, and do not want to be a part in Zionism whatsoever.

Nakba Day and Al-Quds Day are important opportunities to express solidarity with the Palestinian people and to show the world the true position of Orthodox Judaism. It is an opportunity to clarify that opposition to Zionism and the state of Israel has nothing to do with a religious conflict or anti-Semitism. There is unfortunately mistrust today between Jews and Muslims, and we believe if the true Jewish position becomes better known, true followers of these two religions can live together in peace.

Q: How do Orthodox Rabbis regard the claim of Zionists that Israel is a Jewish state?

A: To say Israel is a Jewish state is like saying pork is a Jewish food, or atheism is a Jewish belief. When something is done by Jews, that does not make it Jewish. Jewish is defined by what Torah commands. Making our own state, or oppressing other people, is forbidden by Judaism and cannot be considered “Jewish”.

The Zionists wish to claim that they are a Jewish state for many reasons. First of all, it allows them to falsely use the Bible as a support for their claims. They say to the world, “read the Bible, the Jews used to live in this land.” We say, “true, but the Bible also says that they were driven out by God as a nation and are only permitted to reside there as individuals in this exilic time.” It also allows them to gain sympathy in the eyes of the world using Jewish suffers like anti-Semitism, claiming that they [(Zionism)] are the solution.

Also, they realize that the world will soon push them to be democratic and allow equal voting rights to the Palestinians in the West Bank, so they pass laws saying that they are the “Nation State of the Jewish people.” This turns Palestinians into guests in their own land, while bringing more Jews from the rest of the world onto their side.

We have to show the world their falsehood by coming out in protests against the state.

Q: How is Zionism, with its form in the occupied lands, regarded by Judaism?

Zionism did not just come to do something that Judaism prohibits. There have been many movements in the past of Jews who abandoned Judaism. But Zionism actually tried to transform Judaism into nationalism, into a government and a country of occupiers. They have the audacity to claim that they are the Jews.

That is why we have to denounce them and show everyone what true Judaism teaches. We hope for the day when the occupation will end and the entire Palestine will be handed back to the Palestinian people. Then Jews will once again be able to live in harmony with their Palestinian neighbors as they did in past centuries.