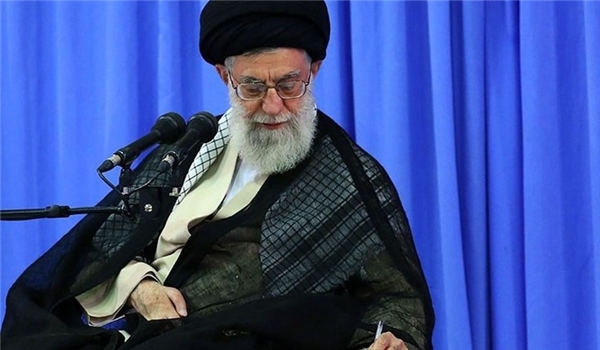 TEHRAN (FNA)- Supreme Leader of the Islamic Revolution Ayatollah Seyed Ali Khamenei in a message congratulated May 1 (Teachers' Day in Iran), saying that human beings are trained at Prophets’ school with the Book and Wisdom.

“I congratulate Teachers’ Day to all dear teachers at schools, universities and seminaries who are engaged in educating the thought and knowledge of the children and adolescents of the country,” Ayatollah Khamenei said his message.

"The young generation that is being trained in this direction is so massive and such a great reserve that no other phenomenon is equal to it for the country," he added.

He added, “Just like some wealthy countries that devote their big pockets to traitors who perpetrate crimes against humanity, because they lack human assets.”