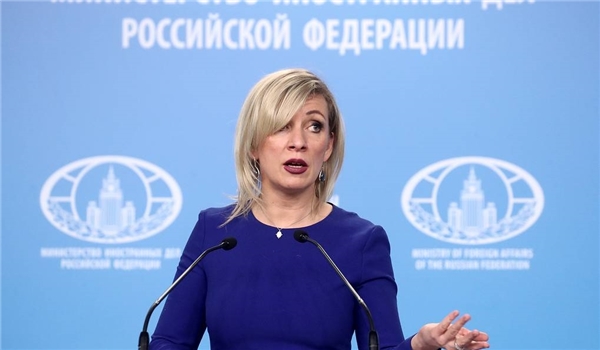 TEHRAN (FNA)- The deployment of its low-yield nuclear warheads by the United States is a dangerous step that leads to destabliziation, Russian Foreign Ministry’s official Spokeswoman Maria Zakharova said on Wednesday.

"We noted the article, published by the US Department of State’s official website on April 24 and devoted to the issue of creating W76-2 low-yield nuclear warheads and deploy it on some of its Trident submarines," she said, TASS reported.

"As we have already said may times, we view this as a dangerous step. We believe that it carries a certain element of destabilization," Zakharova said.

Russian Foreign Minister Sergey Lavrov earlier said the US production of W76-2 missiles lowers the nuclear threshold and increases the risk of a nuclear conflict.

According to US experts, the new missile has the explosive yield of 5-6 kilotons.