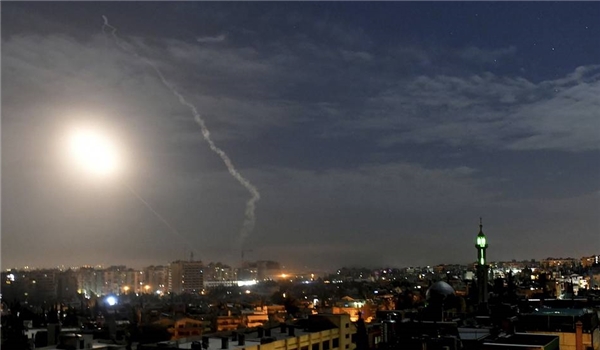 TEHRAN (FNA)- The Israeli regime continues to attack Syria, and Israeli media outlets aren’t shy of discussing it, as the world remains adamant to its responsibility.

Defense Minister Naftali Bennett has issued a statement continuing this trend. Bennett did not confirm recent Israeli strikes, but didn’t deny them either. He said, however, that Israel “will not stop” with the attacks, and continued to present the strikes as aimed at “blocking Iran’s entrenchment in Syria”.

This has long been Israel’s talking point on these illegal attacks, but while in practice the strikes on Syria kill civilians and troops who are never actually from Iran, Israeli media has taken to treating anyone from any military base as “Iranian” for the purposes of justifying its criminal actions. Yet, one wonders how such a fake and loose reasoning could justify these cross-border attacks.

First, Israel has never presented any corroborative evidence to prove its allegations about Iranian military buildup in western Syria. Second, even if Iran and Syria decide to opt for such a move, i.e. establishing an Iranian military buildup in that region, it would never entitle the Israeli regime to launch attacks on a sovereign state. Iran and Syria are two independent countries with multiple joint defense and security pacts. The Israeli attacks on a sovereign state are a classical instance of acts of aggression. Otherwise, if such a reasoning stands to justify the Israeli aggressions and bloodshed, then Tehran would be way better justified to launch attacks on Israeli and American bases in neighboring countries. China and Russia would also be justified to take similar actions against American bases in their respective neighboring regions. Let's remember that Iran's attack on the US airbase in Iraq was not driven by fears of an enemy military buildup in a neighboring state. Unlike the situation with Israeli attacks on Western Syria, Iran was not the initiator of the military engagement as it was a response to the US-acknolwedged terror attack on its top General Qassem Soleimani. Secondly, the missile strikes on Ein Al-Assad came only after its top general came under a military attack in the same country, Iraq.

Syria has tried to scale up its air defenses to intercept Israeli strikes, with some success, but Israel tends to just attack more and more, and so long as they use the Iran excuse, there seems to be little in the way of ramifications for the attacks.

Few Points are worth mentioning with regard to this despicable act:

This despicable act is yet another attempt by Tel Aviv and company to have one consistent benchmark for terrorism in the Middle East. It is designed to escalate the war and change the balance of power in favor of various terrorist groups fighting against Syria.

That Israel and allies offer military and medical support for terrorist groups trying to topple the Syrian government is widely known. What is not known is that their declarations of democracy, human rights, and War on Terror are but empty, fake, and bogus gestures.

By pursuing the politics of shame and closing their eyes to the crimes committed against humanity by Israel and proxy forces, the Western world continues to pave the way for the spread of terrorism across the region. They didn’t turn Syria into a failed state to promote democracy and human rights.

The US-led “counter-terror” coalition members have no intension to target terrorism, but adopt double standards as terrorism and geopolitical matters in order to protect their stated interests. It’s a reality so evident in their remarks when they express delight over the Israeli bombing of military targets in Syria.

Israeli air strikes will only produce further unity and resolve among the resistance fighters and Syrians. The cowardly acts will in no way force the Resistance Front into retreat from its lawful cause to liberate the rest of Syria under International Law.

The heightened aggression in recent weeks suggests that Israel and company have no intention to stop backing their proxy forces in Syria . Peace talks notwithstanding, the war criminals seek to open up a new front under the guise of fighting terrorism, settle into Syria for the long haul, dominate the Middle East, and reinforce the regional status quo.

Israeli air strikes are unlawful per international law. This is not in the interest of regional peace and security. There is little doubt that Israeli attacks in Syria are condemnable under the United Nations Charter.

The international civil society, therefore, is duty-bound to condemn this reprehensible practice in the strongest terms, demand that the perpetrators be brought to justice, and stop Tel Aviv from inserting itself into the Syrian conflict.

Likewise, the world community should adopt a tougher stance against those who are covertly or overtly supporting various terrorist outfits in Syria in order to condemn the region to years of more violence, occupation, and oppression.

The US and Israeli aggressive moves against Iran and its allies are on the increase, and if other world states remain reluctant to push the aggressors back to put an end to this provocation, they should not expect Iran and its allies to sit idly by; the civilized world should end inaction and punish those that are always involved in acts of aggression and support for terrorism.