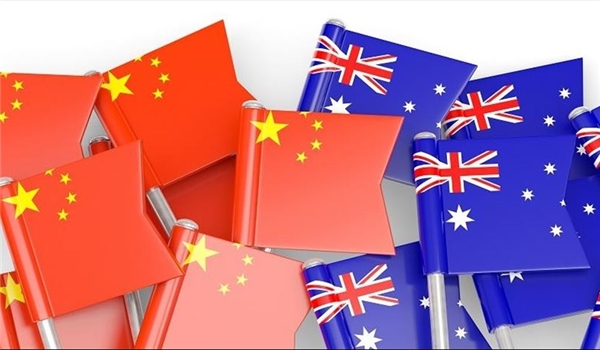 TEHRAN (FNA)- China blasted Australia’s Prime Minister Scott Morrison for attempting to blame Beijing for the coronavirus pandemic by pushing for an “independent inquiry” into its origins.

Diplomatic tensions between the countries escalated Tuesday night after Australia’s Department of Foreign Affairs slammed China for leaking what it described as the confidential details of a private conversation between officials in Canberra and the Chinese ambassador there over the issue, presstv reported.

Australia’s Department of Foreign Affairs issued a rebuke to China over the matter.

China’s official People’s Daily then wrote in an article on Wednesday, “They are using an old trick to try and blame China”, referring to Australian officials and accusing Morrison of trying to use the virus probe to deflect mounting local criticism over his scandalous mismanagement of recent bushfires and the coronavirus crisis.

“The deeply troubled Morrison government is anxious to find an outlet for the domestic public’s anger,” the article said.

Moreover, the Chinese Embassy in Canberra issued another statement on Wednesday accusing Australian officials of playing “petty tricks”, after they disputed the ambassador’s account of a phone discussion regarding the tensions.

“The Embassy of China doesn’t play petty tricks, this is not our tradition. But if others do, we have to reciprocate,” said an embassy spokesman in a Wednesday statement, reiterating that the call had first been “obviously leaked by some Australian officials” and that it needed to set the record straight.

Meanwhile, New Zealand backed neighboring Australia’s call for a probe into the pandemic on Wednesday, with its Deputy Prime Minister Winston Peters saying, “It’s very hard to conceive of there not being a desire by every country in world, including the country of origin, for an investigation to find out how this happened.”

This is while the Australian premier insisted on Wednesday that his calls for an independent inquiry into the origins of COVID-19 was “reasonable” and not targeted at any specific country.

“What Australia is pursuing is not targeted,” Morrison told reporters, adding that his call was not an attempt to censure China, but while Canberra’s largest trading partner may feel insulted, his government would continue to push for the inquiry.

“This is a virus that has taken more than 200,000 lives across the world. It has shut down the global economy. The implications and impacts of this are extraordinary. Now, it would seem entirely reasonable and sensible that the world would want to have an independent assessment,” he said.

However, another official Chinese daily, the Global Times, also blasted Morrison on Wednesday with an editorial titled, “Morrison’s adventurism could damage China-Australia relations beyond repair”.

“The Morrison administration is spearheading this malicious campaign to frame and incriminate China with groundless conjecture and outlandish fabrications,” read the editorial, accusing Canberra of leading “an all-out crusade against China and Chinese culture”.

A day earlier, Australia had called on the Chinese ambassador to the country to explain what it referred to as a threat of “economic coercion” in reaction to the envoy’s remarks that China may boycott Australian goods, among other things.

Australian Trade Minister Simon Birmingham boasted that his country was a “crucial supplier” to China for critical imports such as iron ore, adding that Australia’s resources and energy helped power much of China’s manufacturing growth and construction.

China’s ambassador to Canberra Cheng Jingye had on Monday told a local newspaper that Chinese consumers could boycott Australian beef, wine, tourism, and universities in response to the call for a probe.

“The Chinese ambassador to Australia is talking about the concerns of the Chinese people, who… disapprove of certain wrong actions by Australia lately,” Geng added during a press briefing.

China accounts for 26 percent of Australia’s total trade, worth nearly 150 billion dollars in 2018/19, and is the biggest single market for Australian exports such as coal, iron ore, wine, beef, tourism, and education.

China Defends WHO, Lashes Out at US Move to Withdraw

WHO Worried About Rapidly Spreading Coronavirus Outbreaks in Americas

TEHRAN (FNA)- The Iranian health ministry announced on Wednesday that 2,691 new coronavirus cases have been identified in the country during the past 24 hours, adding that 153 patients have passed away since yesterday.