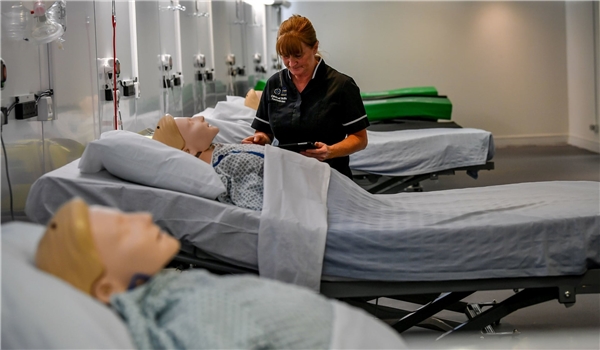 TEHRAN (FNA)- The government faces being taken to court if it refuses to disclose the findings of an exercise confirming the UK could not cope with a flu pandemic.

Dr. Moosa Qureshi, an NHS doctor, is demanding the government publish its report into Exercise Cygnus, a three-day simulation involving government and public health bodies conducted in 2016, The Observer reported.

Qureshi, who is a campaigner with the group 54000doctors.org, represented by Leigh Day solicitors, has sent a pre-action protocol letter to the secretary of state for health requesting a response.

If the government fails to disclose the findings of Exercise Cygnus without adequate reason, Qureshi’s lawyers will seek an urgent judicial review challenging the decision and seeking publication.

The row threatens to become a major embarrassment for the government. The Telegraph has reported that Cygnus’s findings were deemed “too terrifying” to be made public.

Last week, The Observer revealed that minutes of the government’s New and Emerging Respiratory Virus Threats Advisory Group suggested the report had included four key recommendations, including one that the department of health strengthen the surge capability, and capacity of hospitals to cope with a pandemic.

A freedom of information request to see the report has been refused.

Qureshi argues that there is exceptionally strong public interest in publication of the report, given that its lessons and recommendations are “directly relevant” to the procedures developed to combat COVID-19.

“There is no persuasive argument for secrecy when managing a healthcare crisis,” Qureshi stated, adding, “Successful science and healthcare depend on transparency, peer review, collaboration and engagement with the public.

“I believe that if the government had followed the Cygnus exercise by engaging transparently with health and social care partners, with industry and the public, then many of the deaths of my heroic healthcare colleagues and the wider public during the Covid-19 pandemic could have been avoided,” Qureshi noted.

Tessa Gregory, a solicitor at Leigh Day, said, “Our client believes that the NHS workforce and wider public have a right to know what Exercise Cygnus revealed about what needed to be done to keep NHS staff and the public safe in a pandemic.

“It beggars belief that the information the exercise revealed is being kept hidden when a public debate about its contents may well inform important decisions about how to best protect lives going forward,” Gregory continued.

A spokeswoman for the Department of Health announced that she could not comment “because of the legal procedures in place”.