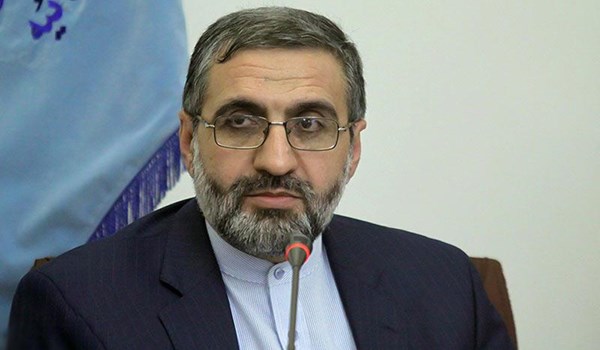 TEHRAN (FNA)- The Iranian judiciary called on the UN Human Rights Council and its special rapporteur to inform the world about the conditions of prisoners outside Iran and in those countries which claim to support human rights, amid the coronavirus outbreak, stressing that Iran is a role model in good treatment of inmates.

“Iran’s measures in protecting the inmates’ health and security and letting them out for furloughs is a role model and significant,” Judiciary Spokesman Gholam Hossein Esmayeeli told reporters on Tuesday.

He called on the UN special rapporteur on human rights to report on the conditions of jails in countries which are more than Iran involved in coronavirus epidemic, saying, “We have not heard any report from the claiming countries and then they tell us that you did not have a good performance. Where is your record?”

Esmayeeli said that horrible reports are heard from other countries which have not been able to control coronavirus epidemic among the prisoners, and said Iran has not discriminated among the minorities and has even let out the foreign nationals for furlough.

He also said that Iran does not recognize dual nationality and decides for letting out a prisoner for furlough based on the type of crime, the size of punishment, the risks to society and period of time that the inmate has been imprisoned and the possibility for providing bail.

Last month, Iran's Judiciary once again extended prison leave for some 100,000 inmates as the country is pressing ahead with its measures to stop the spread of the coronavirus.

He added that such extension does not include those prisoners who have carried out an illegal or criminal act during their furloughs.

The spokesman noted that good behavior is the main criterion for prisoners' temporary release either at a time they are spending in jails or are on a furlough.