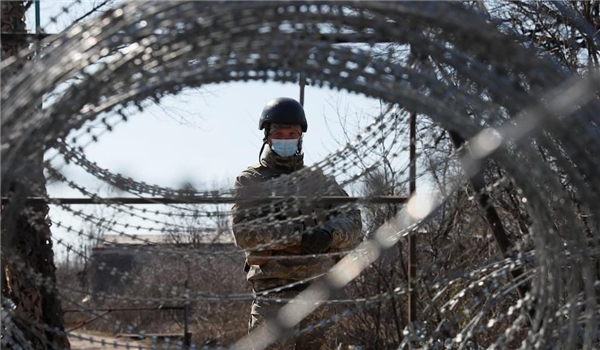 TEHRAN (FNA)- More than a dozen press institutions have appealed to United Nations High Commissioner for Human Rights Michelle Bachelet to pressure the Tel Aviv regime to release Palestinian journalists being held in Israeli prisons and detention centers amid the coronavirus pandemic.

The eighteen institutions, in a letter addressed to the 68-year-old Chilean politician on Monday, expressed great concern over the increasing cases of infection with the novel coronavirus in Israel and the occupied Palestinian territories, warning that they fear the deadly disease could afflict thousands of Palestinian inmates, including journalists, in Israeli prisons, presstv reported.

The institutions noted that Palestinian prisoners’ lives are at risk in Israeli jails in light of COVID-19 pandemic since the prisons lack basic medical equipment and prevalent medical negligence has claimed the lives of dozens of the detainees in the past years.

They finally urged the UNHCR and the international community to take proper measures aimed at releasing the detainees from Israeli prisons amid the coronavirus outbreak, and compel the Israel Prison Service (IPS) to provide access to detention facilities and abide by the rules of the international law, particularly Article 3 and 4 of the Geneva Conventions.

Turkey’s official Anadolu news agency, citing a statement by Deputy of Palestinian Journalist Syndicate Tahseen al-Astal, reported on April 17 that at least 13 journalists are currently being held in Israeli prisons.

Astal emphasized that the Palestinian journalists are held in detention so that they could not cover crimes of Israeli soldiers against Palestinian people.

The statement was released on the occasion of Palestinian Prisoners' Day, which falls on April 17 every year and is commemorated as a national event to show solidarity with Palestinian detainees.

More than 7,000 Palestinian prisoners are currently held in some 17 Israeli jails, with dozens of them serving multiple life sentences.

Over 500 detainees are under the so-called administrative detention, which is a sort of imprisonment without trial or charge that allows Israel to incarcerate Palestinians for up to six months, which could be extended for an infinite number of times.

Some prisoners have been held in administrative detention for up to 11 years without any charge against them.

Palestinian detainees have continuously resorted to open-ended hunger strikes in an attempt to express their outrage at the detentions.