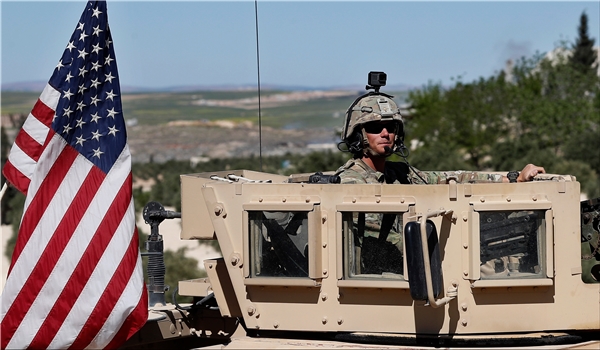 TEHRAN (FNA)- Abdel Bari Atwan, the editor-in-chief of Ray al-Youm newspaper, revealed that the CIA, the US spy agency, in collaboration with local mercenaries is stealing crude from the oil fields in Eastern Syria while the war-hit country is struggling with the coronavirus epidemic.

“The CIA is misusing the Damascus’ involvement in the fight against the COVID-19 virus to strengthen its control over Syria’s oil in Eastern Euphrates and continue stealing the country’s natural resources with the help of the local mercenaries,” Atwan wrote in Ray al-Youm newspaper on Sunday.

He added that reports from Hasaka show that the CIA is recruiting and training the Syrian Democratic Forces (SDF) to increase control over Syria’s oil fields and smuggle crude in the region.

Atwan said that the events indicate implementation of US President Donald Trump’s earlier remarks who had said that the American forces will remain in Syria not to allow the country’s oil wells be occupied by the ISIL or controlled by the Syrian government.

Reports in December said that the US troops had returned to six out of 16 bases and outposts in Syria that had been previously abandoned during the October withdrawal ahead of a Turkish military operation in the country's North.

Anadolu news agency’s report clarified that the American soldiers had mainly been deployed to the oil rich regions in the country's Northeast close to its borders with Iraq and Turkey.

Previously, the news agency reported that Washington had sent a group of experts to the al-Omar oil field in Deir Ezzur Province, currently controlled by local Kurdish militia. These experts are reportedly expected to boost oil production and to train local Kurds how to operate the oil field properly.

Trump announced the intention to withdraw American troops from Syria in October just days ahead of the start of a Turkish military operation in the North targeting US allies - Kurdish fighters, which Ankara views as terrorists.